These 90's TV Shows Will Bring Back Your Childhood Memories The evolution of Indian Television started in the 90’s. Many channels started and slowly from Doordarshan we move towards disc and cable. The Era of 90’s was a golden era for Indian Television and TV shows. It was an era before the demographic-specific Saas Bahu serials had hit the market. Kids and adults who grew up during this golden era will surely remember the fun times and nail-biting anxiety we had waiting to watch these TV shows! Let us make you feel nostalgic by taking a trip to the famous 90’s TV shows.

Anyone who sees the name ‘Hum Paanch’ will remember that it was without a doubt, one of the funniest TV shows of the time. A family of 5 disordered children with a dead wife talking from a portrait to another nagging one, Hum Paanch surely gave us good laughs!

Dekh Bhai Dekh is definitely one of the most memorable sitcoms of the 90s! A true classic starring Shekhar Suman, Farida Jalal, and Navin Nischol.

Just Mohabbat is a sweet and wholesome show about Jai, a young boy coming of age. It suits to say Just Mohabbat is the Indian equivalent of the American show ‘The Wonder Years’. Jai and Gautam, his imaginary friend used to fascinate all of us!

Chandrakanta brings back amazing memories to us! Being one of the most prominent fantasies TV shows at the time, all the characters had us hooked, even the title song did! 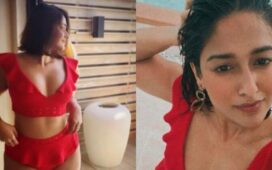