The trailer of the much-awaited movie Gangubai Kathiawadi was released earlier this month. After the trailer got released, many people in the audience seemed displeased with actor Vijay Raaz playing the role of a trans woman. Vijay Raaz is playing Razia Bai in Gangubai Kathiawadi who is Gangubai’s rival in the film. Many people questioned the casting of Razia Bai and asked why can’t a trans woman play the role. Alia Bhatt, who is playing a titular role in the film was asked the same in the recent interview.

Talking about the same in an interview Alia Bhat said that who is cast in which role is purely a director’s perspective. She said,

“I have heard this conversation various times for different films. While I do understand where they’re coming from, I feel like it’s up to the director and their vision. It’s not there to offend anyone, maybe the director found it interesting to have an actor like Vijay Raaz, who identifies as male, play a trans character. The audience has never seen him that way, you see the actor and the ability to transform within that person. I think that’s a better perspective, but I do understand where people are coming from.”

The film is based on the life of a controversial, powerful, and dreaded woman of Mumbai, Gangubai Kothewali. She was hailed as Madam of Kamathipura in the 60s. The movie is based on journalist S Hussain Zaidi’s book Mafia Queens of Mumbai. Speaking about taking the challenging role and whether it made her nervous, Alia said,

“Yes, but it’s not that sex workers haven’t been in our cinema in the past. It’s not the most commercial subject, but there have been films made on this subject. I think if you give the audience a really good character, where they come from or who they are becomes secondary. I wasn’t reluctant at all, at the heart of this film are a lot of powerful social points. It’s an underdog story, a story of struggle. Wherever you come from, I think everyone can connect to a story of rising from the struggle.” 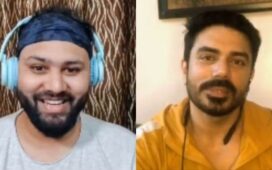