One of the most awaited movies Avengers: Endgame released last month on 26th April and it broke many box office records. Avengers Endgame soon became second highest grossing movies of all time and is still running successfully. For all the Avengers fans it was the very emotional movie. It is a spoiler alert if you have not watched Avengers Endgame, we insist you watch the movie first.

There are many people who have asked us, can we watch Avengers Endgame directly? Well our friends, the answer is strict NO. You will not understand and enjoy the movie if you don’t know the base of it. Marvel Cinematic Universe has 21 movies which you need to watch before Avengers Endgame.

This past week, Marvel has been tweeting the last messages of Avenger series iconic characters. Check out the message from your superheroes here.

The message from Scarlett Johansson’s aka Black Widow reads,

“For the last five years I have been trying to do one thing, get to right here. That’s all it’s been about. Bringing everybody back. Let me go. It’s OK.”

The message from Robert Downey Jr as one of the most favorite superhero IronMan aka Tony Stark reads,

“Everybody wants a happy ending. Right? But it doesn’t always roll that way. Maybe this time.”

“I thought I better record a little greeting, in case of an untimely death, on my part. I mean, not that death at any time isn’t untimely. This time travel thing we are gonna try and pull off tomorrow, it’s got me scratching my head about the survivability of it all. Then again that’s the hero gig.”

“Part of the journey is the end. What am I even tripping for? Everything is gonna work out the way it’s supposed to. I love you 3000.”

“Well, after I put the stones back, I thought maybe I’ll try some of that life that Tony was telling me to get.”

This is almost the end of an era as phase 3 of the Marvel Cinematic Universe is complete. But phase 4 is coming up and you can also check the upcoming Marvel movies of Phase 4. 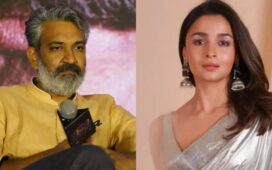