The Avengers Endgame brought a perfect climax for the Avengers and we saw many of the roots Avengers are gone. However, this is not the end of the Marvel movies as we will see many other movies that will some spin-offs or prequels. Sill Marvels have a lot to keep us excited about. Let us take a look at some of the most anticipated upcoming Marvel movies.

The movie will tell about the origin of the Black Widow. No doubt it is among our favorite characters and we are once again excited to see it on screen and also to know how she ended up becoming an Avenger.

This one will be the sequel to Black Panther which is a critically acclaimed movie. Moreover, the film became the first Marvel movie to be nominated for the best picture category. The king of Wakanda, T’Challa is coming back on the screen once again and it is one hell of a reason that keeps us excited.

The space action and the slight touch of comedy make it one of our best movie-series. Watching the first part will make wonder if a spaceship comes through the sky and takes you on the journey which is as excited as the journey of the Guardians. The production of the film will start in mid-2021.

The illusionist, Doctor Strange will return to the silver screen once again. The first installment in the series was hailed for its super amazing visual effects. 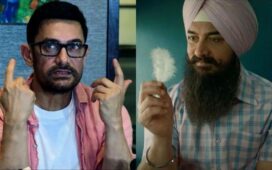