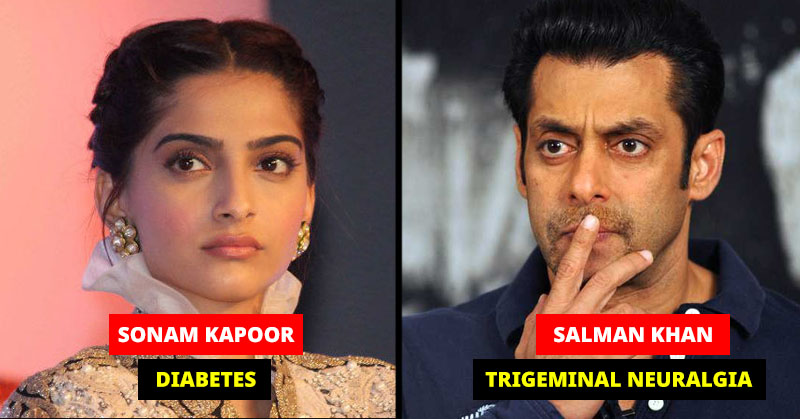 The acting job isn’t all a bed roses like we think it is. It comes with its ups and downs and it can be extremely stressful at times. It does pay off really well but though Bollywood celebrities have everything a person might want in life, they are human too. Unfortunately, our bodies are prone to diseases and illness which are sometimes fatal too. Here are a handful of Bollywood celebrities who are battling and struggling with such serious diseases. Their stories are most inspiring and instil hope that,

“Every day above ground is a good day!”

Nine years and a few months ago, I was diagnosed with Multiple Myeloma, an incurable blood cancer. I’m still here. I chose to share my diagnosis from the red carpet of the Toronto International Film Festival and I wrote about it in a blog titled, #TheYellowDiaries. But what hasn’t been extensively shared is I relapsed in 2012, around the time of my (first and only) marriage. And after drawing on both allopathic and complementary therapies, I was back in remission. . Stay open and curious they say, suck the meaning from every experience. Then about four years ago, just before moving to Hong Kong and Mumbai, I found myself as patient number 12 in a second stage clinical trial for a revolutionary new way of approaching cancer treatment: immuno-oncology. Chemotherapy kills the bad cells, along with the good- it’s doesn’t discriminate. But immuno-oncology boosts the immune system in a way that it can target only those rogue cancer cells. . Dr Armand Keating was conducting the trials for NK-92 @thepmcf and looking for patients who had relapsed just once. Yes! That’s me…and so I became part of a clinical trial that I believe has made all the difference. Life was unusually crazy as I would travel to Asia and then back to Toronto for one week of infusions and monitoring at Princess Margaret Hospital in Toronto. I’m unspeakably grateful to Dr Keating, his staff, Princess Margaret, serendipity and the goddess forces that have guided me, fearlessly, humour intact, into places that have awakened that cheeky survivor personality that lies within us all. . I’m not special. We each of us has the potential to tap into something far greater than the individual…and also the wisdom to understand when its time to let go. The universe is for you, not against you. That’s what I have come to understand through cancer, in a line. @thepmcf ?? pictured: my portacath ?

She has a rare type of cancer called multiple myeloma. Though she had cured it with a stem cell transplant successfully, she has to remain under constant supervision. By doing so, she avoids relapse and the occurrence of the rare type of cancer again.

When Amitabh Bachan was diagnosed with Myasthenia Gravis, the disease made him physically and mentally weak and sent him into depression. He fought the disease for 2 years and emerged out as a true warrior. #AmitabhBachan #MyastheniaGravis #Warrior #superhero #SuVitas #LiveAgain pic.twitter.com/FZ8h9VCcAQ

Big B suffers from Myasthenia gravis. Myasthenia gravis is an autoimmune disease. The disease eats away your muscles and makes it weak. It causes weakness in the skeletal muscles which are the muscles mainly used for body movements. It happens when the communication between the nerve cells and the muscle becomes impaired. We wish Big B good health and we hope it all goes well for him!

So happy SANJU is now streaming on Netflix! Still wondering though- #Whereismymangalsutra?

Did you know that the stunning Sonam Kapoor has been battling diabetes all her life? She has to constantly treat and take proper medical aid to keep her situation under control or it can be fatal. Sonam takes medications for her condition and has it under control. She is inspiring to watch on screen and is also inspiring in real life by battling her condition bravely.