2019 is going to be an exciting year for cinema. Bollywood will be seeing the debut of many anticipating and budding new actors and actresses. In addition, Not only will these individuals be from familiar backgrounds but there are very fresh talents debuting as well. Furthermore,  to hype yourself for an exciting filmy year, read on!

Several audiences are excited for the Hindi remake of John Green’s ‘The Fault In The Stars.’ Furthermore, After many small roles, Sanjana Sanghi will be debuting in the remake.

Kaif is a new name to the industry. Isabelle, Katrina Kaif’s younger sister will be debuting in the dance film ‘Time to Dance’ by Sooraj Pancholi.

With her show ‘Mann Kee Awaaz Pratigya’, Pooja Gor came to the industry’s spotlight. In addition, She is set to take on the big stage alongside Ranveer Singh in Zoya Akhtar’s next Gully Boy.

Devon Ke Dev’s TV actor Mohit Raina will be debuting this year as well. In addition, He will be acting in Aditya Dhar’s next film ‘Uri’. Furthermore, He will act beside stars Vichy Kaushal and Yami Gautam.

Star Yami Gautam’s younger sister Surilie Gautam is making her debut as well. Furthermore, She will be starring in ‘Battle of Saragarhi’, a period film. In addition, She is said to act alongside Randeep Hooda. 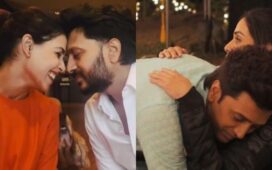