He Is Also A Trained Dancer 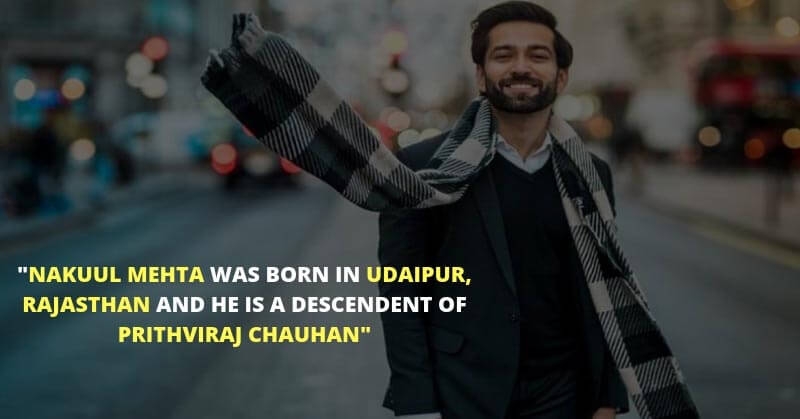 Nakuul Mehta has become a popular name in the TV industry in recent years. He is best known for playing the character of Shivaay Singh Oberoi in Ishqbaaz. The popular actor has turned 36 today. We wish him a happy birthday and to all of his diehard fans, we have brought some lesser known facts about Nakuul.

1. A Descendent Of Prithviraj Chauhan

Mehta was born in Udaipur, Rajasthan and he is a descendant of Prithviraj Chauhan. His father, Pratap Singh is a veteran of Indo-Pak war.

Nakuul Mehta appeared in a web series titled as “I Don’t Watch TV “. The popular Bollywood film critic, Rajiv Masand was also a part of the series.

3. He Changed His School For 10 Times

Nakuul’s father was a navy commander. Due to the transferable job of his father, Nakuul had to change his school for a total of ten times.

4. Worked As A Model Before Joining TV Industry

Before making his TV debut with “Pyaar Ka Dard Hai Meetha Meetha Pyaara Pyaara”, he worked as a model. He did many ad films. Moreover, he made his Bollywood debut in 2008 with “Haal-e- Dil”.