A Petition Has Been Filed In Court For Re-Investigation The unexpected death of Sridevi drowned the entire nation in the sorrow. The death was quite unusual as it was reported that the actress fell in the bathtub and drowned to death. She had consumed a heavy dose of alcohol, so she could not make it out of the tub. However, there were many unexplained mysteries about her death that raised the questions. Recently, a Delhi based investigation agency claims that Sridevi’s death was not just a mere accident. But it is a cerebrally planned murder.

The investigation agency of former ACP Ved Bhushan, Police Solution India claimed that they investigated in the hotel where Sridevi died. The agency further claimed that the case was overlooked by Dubai Police and they have concluded it very soon. Ved Bhushan will soon file the petition in the court asking them to reopen the case.

They Simulated The Entire Incident

The agency went to the Jumeirah Emirates Hotel and they did the simulation of the entire incident. They measured the volume of the bathtub. According to Ved Bhushan, “The Dubai police kept a formal approach to the case. They did not try to solve it. We went to the hotel and asked for details but the Dubai Police and the hotel staff refused to co-operate.

Zero Investigation Has Been Done

The agency further said,” After the death of Sridevi, the front staff of the hotel has been changed. Moreover, the private videography has been banned in the hotel but still, we managed to record a video”. About the investigation, Bhushan said, “No doubt, zero investigation has been done in this case. Neither the call details were retrieved nor were the blood report discussed. When someone drowns to death, the water fills in his/her lungs. But in this case, the condition of the lungs was not discussed at all.

There Are Many Reasons Behind The Death

The former ACP Ved Bhushan said, “There are many reasons behind a death. In the investigation, police try to find out the person who could have the potential benefit from the death. And if she had the insurance, who would be the legal heir to it.”

Recently, the filmmaker, Sunil Singh filed a petition in the court but it was waved off. The statements made by the Agency are challenging the investigation of Dubai Police. No doubt, they kept a formal approach in this case. What do you say? Share in the comments. Also check what Boney Kapoor tweeted after Sridevi’s death. 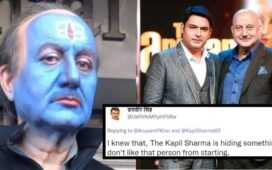