One of the most popular shows ever is Koffee With Karan, a controversial show hosted by Karan Johar. It was fun, with many exciting rumors, romantic links, and controversial secrets. The show continues to be the greatest in its field. Additionally, there has always been speculation regarding the Rapid-Fire segment that came after the Koffee Hamper. Last month, the most recent season of Koffee with Karan concluded. Guests were Kareena Kapoor, Samantha Ruth Prabhu, Kiara Advani, Vijay Deverakonda, and Alia Bhatt, among others. In a video posted by Disney+ Hotstar, Karan Johar finally revealed what was inside the season’s expensive Koffee Hamper. The rapid-fire round’s winner received the hamper.

As has been custom, Karan revealed what was inside the luxurious hamper. The eight-minute video’s host described every item that the season seven hamper winners received. On the outside, the hamper was adorned with black velvet and gold. The lavish package included a pair of Tyaani Jewellery Chaand balis that looks royal. The other costly products were the Marshall Acton II Speakers, the Audi Espresso Mobile, and the Amazon Echo Show 10. Additionally, it included a box from the Bombay Sweet Shop, a tea maker set with Vahdam tea, and a discovery box from Neuhaus Chocolates.

A high-end phone, Koffee With Karan cup, Khoya Sweet, and 28 Baker Street were also included. Karan, however, did not reveal the name of the expensive phone. The hamper also contains products about which Karan hinted that he might not be able to reveal too much information. It is due to branding purposes. The package included a limited-edition beverage, one of Karan’s favorite fragrances, and designer home decor.

On the professional front, Karan Johar’s upcoming film, “Rocky Aur Rani Ki Prem Kahani,” will be out next year. Ranveer Singh and Alia Bhatt will star in this new-age romantic movie. The expected release date is February 10, 2023.

People were always extremely curious about what was there inside the beautiful gift. However, the hamper wasn’t the only gift this season. They also got a gift for playing the Koffee quiz. Additionally, Karan Johar has hosted the hit show seven seasons since 2000. 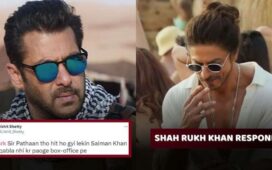