Mission Majnu Cast Salary: From Sidharth Malhotra To Rashmika Mandanna, Here's How Much The Actors Charged For Their Roles Sidharth Malhotra is back with his much-awaited film, Mission Majnu. In this thriller film, he shares the screen with super talented Rashmika Mandanna. Furthermore, the plot of Shantanu Bagchi’s directorial revolves around an undercover mission that seeks to expose a nuclear weapons program. In the film, Sidharth very well portrays the work of a spy. Along with him, plenty of renowned actors helped make the movie a worthwhile experience. If you are curious to know how much money all the actors charged, then you are at the right place. From Sidharth Malhotra to Rashmika Mandanna and more, here is the Mission Majnu cast salary.

After the grand success of Shershaah, Sidharth made a banging entry to the year with Mission Majnu. Furthermore, in this spy-thriller, he portrays the role of a RAW officer. To say that he did this job amazingly would be a sheer understatement. Moreover, for essaying this commendable role, he took home the biggest pay cheque of Rs 7 crore, says Telly Chakkar and Bollywood Life.

Parmeet Sethi is one of the well-known veteran actors. Many of you may or may not know that he made his debut with the blockbuster film Dilwale Dulhania Le Jayenge. Furthermore, he also essayed a pivotal role in the recently released Netflix movie Mission Majnu. As per the reports, the actor charged Rs 75 lakh for his role.

Sharib Hashmi is one of those actors who rose to fame via an OTT platform series. Yes, we are talking about none other than The Family Man. According to reports, this 46-year-old actor portrayed an essential role in Mission Majnu. Furthermore, the money he received for his performance was Rs 55 lakh.

The next actor to feature on the list of Mission Majnu cast salary is Mir Sarwar. What is interesting to note is that Mir Sarwar has previously worked with Sidharth in some films. Aiyaary and Shershaah are to name them. Furthermore, as per the reports, Mir Sarwar charged Rs 40 lakh for his role in Mission Majnu.

Kumud Mishra is a well-known name in the film industry and OTT platforms. Furthermore, this notable actor was last seen in the Arjun Kapoor starrer Kuttey. However, within no time, he is back with another movie, Mission Majnu. For essaying his role in the film, Kumud charged Rs 30 lakh.

62-year-old Rajit Kapur is famous for his unconventional choice of roles and performances. We all remember him for winning several accolades, including the National Film Award. Furthermore, he also showcased his talent in Shantanu Bagchi’s directorial. For his role, he received a sum of Rs 25 lakh.

Rashmika Mandanna essays the role of a blind woman (Nasreen) in the recently released Netflix movie Mission Majnu. For doing this impeccable job, she charged a huge sum. She received a pay cheque of Rs 3 crore. 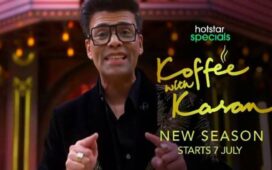 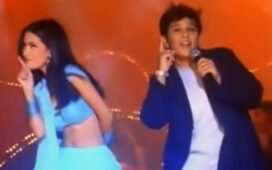