The trailer of the movie ‘PHIR SE‘ was out on 2015 before it could be released it fell prey to a lot of controversies that the story has been stolen from other movies. After such controversies, the movie is now making its debut on Netflix.

The movie Phir Se starring Jennifer Winget and Kunal Kohli was directed by the actor Kunal Kohli himself. The tagline of the film says ` I am not 40 – I am 18 with 22 years of experience’. The trailer for the film was released on 7th April 2015. The film was not released as it fell to controversies on plagiarism. And now, after two years, while others have forgotten about the film, the film is about to make its debut on Netflix worldwide.

The Dismay Of The Actress

Being the first movie for the actress `Jennifer Winget’, she says that she was super excited and anxious but at the same time, she said in a press meet that she had a great time shooting the film and it was an enjoyable experience. But, unfortunately, the delay of the movie made her disappointed. Jennifer Winget says that it was disheartening.

It is said by a source close to the actress that during the shoot she was following her divorce with his ex-husband Karan Singh Grover. The actress was able to cope up with her film shooting in spite of her divorce. Now that the film is available on Netflix, it is like her hard work is paid her off.

The trailer was released on 7th April 2015. It is said that the trailer was well received and the response was overwhelming. It made the audience very eager for the release of the film. The trailer being released two years before the film is quite a long time. But it is expected to be loved by the audience.

After such controversies, the film is to be aired on Netflix after two years. The actress says it is a surprise to hear the news. She also says that she is elated, excited and anxious all at once. The crew is super happy and excited to release their film on Netflix worldwide. They believe that audience will love the film and will be thrilled to watch it. It is noted that the actress has not announced anything on social media, for which her fans are eagerly waiting for.

On the other hand, pictures of Alia Bhatt and Ranveer Singh’s looks in their new movie “Gully Boy” are circulating on the internet. Check them out here. 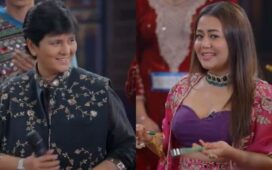