Also Check How She Handled The Trollers Amitabh Bachchan was asked to comment on Kathua And Unnao rape cases. However, the legendary actor decided to remain quiet in these cases as he considered it to be shameful even talking about the cases. Generally, maintaining silence is a good option as both of the cases are complex and it won’t be good to conclude early. But the silence of Amitabh Bachchan did not please Pooja Bhatt.

I can’t help being reminded of a film called #Pink. Can our images on screen please be reflected in reality? ? https://t.co/JHnc8PLDXY

She took a dig at Amitabh Bachchan and wrote, “I can’t help being reminded of a film called Pink. Can our images on screen please be reflected in reality?”

Twitterati Got Their Opportunity To Troll Her

do you know of an actor going by name Kagana Ranaut? did u utter a single word in her favor or defence? or other countless such girls exploited in Bollywood? gireebaan mein jhaanko

The tweet of Pooja Bhatt alarmed the Twitterati and they joined forces to troll her. Some aimed at her dipsomaniac personality which she has been trying to come over for 485 days. A man wrote, A known alcoholic trying to gain publicity by using the name of a legend.”

A ‘recovering’ alcoholic & proud of it!In a country where people don’t even acknowledge they have a drinking problem,let alone discuss it I am grateful to stand away from the crowd that considers holding your frailties to light shameful. #485dayssober ?? pic.twitter.com/xDDFW0rD2j

Pooja Bhatt did not overreact to these tweets she remained calm and replied, “A ‘recovering’ alcoholic and proud of it. In a country where people don’t even acknowledge they have a drinking problem, let alone discuss it, I am grateful to stand away from the crowd that considers holding your frailties to light shameful. #485dayssober.”

She Stopped Drinking Alcohol In 2016

Pooja Bhatt stopped drinking back in December 2016. In an interview, she said “Luckily, I pulled the plug before it became impossible for me to stop. I’m in the pink of health except for the weight I put on because I’m now a stressful producer. But being the daughter of an alcoholic makes you four times more susceptible to becoming one.”

Many Twitter users wait for the opportunity to troll celebs and this time they did without backing their statements up with logic. What do you say about this one? Share your thoughts in the comments.

Check out why Hina Khan slammed Shilpa Shinde on Twitter. 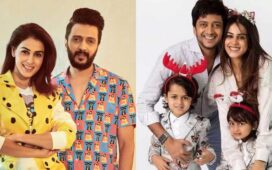