One of the significant successes in the Kannada film industry has been Kantara. It is now the third-highest-grossing movie in the industry ever. Additionally, it is the only film next to the two KGF movies that star Yash. Kantara outperformed many big names at the box office, taking in close to Rs 170 crore. In addition, it has broken several previously unimaginable box office records. Rishab Shetty, a film actor, writer, and director, is the center of attention. Kantara is one of the most talked-about movies of the year due to his vision. Many people also want to know who this talented actor and filmmaker is.

Many people questioned whether Bollywood was reaching its end after the enormous success of films like Jai Bhim, Pushpa, KGF, and RRR. Rishab discusses whether Kantara can be remade in an interview. He also discusses the reasons why the Hindi film industry is currently unable to match the success of the south. There have been discussions about Kantara possibly being remade in other languages as a result of its success across India. Rishab claims he is unable to “imagine” that taking place. He said that he draws inspiration for his background writing from the places he has seen. This is the reason Kantara is a straightforward story. It has a protagonist, an antagonist, romance, and other standard stuff.

However, the atmosphere of the movie is created by a combination of the background, the layers, and the packaging. Kantara is the story of Rishab’s village, which he has known since childhood. He also said they make the movie for the public, not themselves. They must remember that and the feelings of people. He also says that Indian filmmakers are trying to imitate Hollywood films because of excessive western influence. It is also due to the consumption of Hollywood and other content. However, according to him, if people already receive it in Hollywood, it is no point in trying that.

Even though Rishab Shetty may only be becoming more well-known lately, he has been involved in the movie industry since 2006. He has produced some of the most popular box office and critical successes in the Kannada industry. Rishab began his career by working in cyanide with AMR Ramesh. He first started directing Ricky in 2008, but the movie wouldn’t be out until 2016. Rishab had observed that his friends who were employed as ADs were receiving minor roles. He realized this and began appearing in movies. Rishab’s debut performance was in the 2010 film Nam Areali Ondina.

He kept acting in supporting roles up until he made Ricky with Rakshit Shetty. Their friendship would develop into a successful professional relationship. Each of Rishab’s films is unique, whether it is in terms of theme or style. You must look at his earlier films and his most recent, Kantara. His performances in the films Lucia, Tuglak, Bell Bottom, and Ulidavaru Kandanthe are all worthwhile to see. Producer Allu Aravind recently disclosed that after seeing Kantara, he called Rishab Shetty and asked him to star in his upcoming movie. So his acting debut in a Telugu movie would be with this one.

Rishab’s Struggle In His Career

The 39-year-old shared his difficult journey, which has now inspired countless people. He started doing odd jobs as soon as he finished his second year of college. Rishab did this as he had no money for movie watching and wouldn’t have to constantly beg for money. So he did every job that was available to him. Rishab began in 2004 and got his first direction in 2014. The actor began selling mineral water in the second year of his degree course.

He worked to pay for college expenses since his father was an astrologer in Bangalore. Rishab additionally worked in marketing for a solar company and sold tea powder. He then worked in construction before moving into the mainstream film industry. Additionally, he worked as a driver for a producer for a while as he was living in Mumbai. He was also in production in charge, in addition to being an office boy.

One of the well-known directors in the Kannada cinema industry is Rishab. As a result of Kantara’s international success, he is now much sought after. 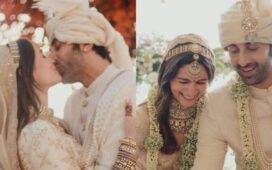