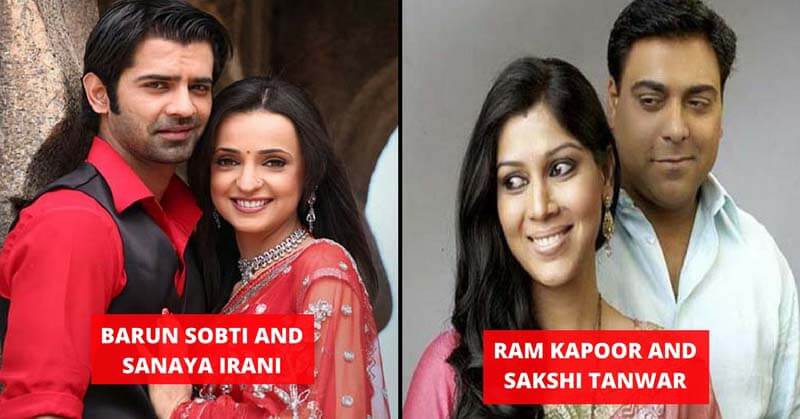 When the serial “Kasam Se” started, Ram And Prachi were considered an odd couple. However, after looking at the chemistry between the actors, the audience was pleased. To conclude, Ram Kapoor and Prachi Desai became one of the top on-screen couples.

Sakhi Tanwar and Ram Kapoor both are veteran actors. Hence, it is certain that they would bring a dose of entertainment whenever they come together. The best thing that Sakshi and Ram showed from their on-screen relation is that love is in the little things.

Ronit Roy replaced Amarr Upadhyay for the role of Mihir in “Kyunki Saas Bhi Kabhi Bahu Thi”. He was paired up with Smriti Irani and the pairing allured the fans.