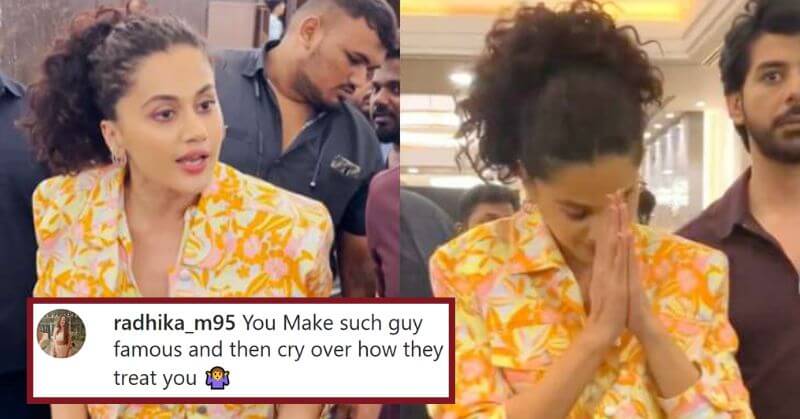 Taapsee Pannu, a Bollywood actress, is recently being criticized by internet users. The actress is presently occupied with the promotion of her upcoming film Do Baaraa. She is working with filmmaker Anurag Kashyap. Taapsee Pannu heated argument with the paparazzi is all over the internet. The actress is constantly being targeted online for yelling at and insulting the paparazzi.

Taapsee Pannu Argument With The Paparazzi

Since last evening, Taapsee Pannu has acquired enormous attention. It came as a result of her heated exchange with the paparazzi at a Do Baaraa event. The invited paparazzi waited for her for two hours before approaching her. At first, they were requesting her and calling her. Although since it was getting late, she chose to ignore them and proceed to the event. Taapsee informed them that she was running late this evening. Paparazzi said they had been waiting for her. She even went on to say that she had not called them to take her pictures.

The argument then happens as a result of this. “Mujhe jo bola gaya main kar rahi hoon, aap mere pe kyu chilla rahe ho?” the actress remarked. She then requested them to address her respectfully. Taapsee was also explaining that she was simply carrying out her duties. She also mentioned that she always showed up on time when asked to do so. She continued by saying that she expects them to treat her with respect and that she will do the same. We can hear Taapsee asking, “Aap daant kyun rahe ho mujhe, meri kya galti hai isme?” in one of the trending videos. She then ended by saying “Camera aap pe nahi hai na, mere pe hai na. camera aap pe hota toh aapko pata hota. Aap hi humesha sahi hote ho aur actor hi hamesha galat hota hai.”

The internet has divided after the video went viral. Some users are harshly criticizing the actress for being “impolite” and “smug.” They also questioned why she was acting deaf. However, some of Taapsee Pannu’s supporters defended her and asserted that she was correct. Here are some of the comments.

Moreover, Nihit Bhave wrote the screenplay, and Anurag Kashyap is the director of Do Baaraa. On August 19, 2022, the Taapsee Pannu-starring film is all set for release. Do Baaraa is also one of the most awaited upcoming movies in August that can be binge-worthy. 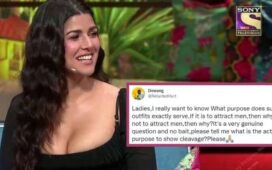