Not All The Movies Make It To The Theaters Everything was set for the film. It could be an ultimate dose of comedy starring Salman Khan, Jackie Shroff, Govinda and Manisha Koirala in the key roles. The production had to suffer losses during the shooting. To conclude, they came to the point to shut the production of the movie.

The film was shelved because of the production issues. Moreover, the film was going over the estimated budget. The Salman Khan, Pooja Bhatt and Anil Kapoor starrer movie, Raam was supposed to be the directorial debut of Sohail Khan.

Salman Khan made his acting debut opposite to Bhagyashree in Maine Pyar Kiya. The chemistry of the two was liked by the fans hence they were signed to do another movie which was titled as “Rankshetra”. However, the production of the movie was stopped when Bhagyashree married.

We are not sure about the reasons why the production was closed for Salman Khan and Some Ali starrer, Buland. According to the sources, half of the film was completed before it was shelved.

It is one of Salman Khan Movies which could not make to the theaters. Apart from Salman Khan, the film also starred Divya Bharati, Arbaaz Khan, and Karishma Kapoor.

Which one of these Salman Khan movies would you like to watch? Share your thoughts in the comments.

Also, check why Aiyaary is banned in Pakistan. 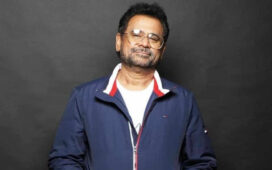