The Change Is Quite Noticeable Shama played the character of Pooja Mehta in “Ye Meri Life Hai” and became quite popular. Looking at the before and after pictures, it can be concluded that the actress has undergone the knife. However, she denies such surgery.

Mouli Ganguly has worked in many TV shows including ‘Kyaa Huaa Tera Vaada’ and ‘Kahin Kisi Roz’. According to the Times of India, the actress has undergone lip surgery. However, Mouli denies such a report.

Eva Grover has played supportive roles in many TV serials. There was news running wild that she had undergone lip surgery and Eva Grover accepted that.

Mouni Roy made her acting debut from the popular TV serial “Kyunki Saas Bhi Kabhi Bahu Thi.” From there, she gained recognition as a skillful actress. Mouni Roy rose to ultimate fame when she worked as the protagonist in the serials. However, there we see a different Mouni. Clearly, she had undergone a knife to get a new and stunning look. She worked in many Bollywood movies as well.

Sofia Hayat is an actress and model who is best known for her appearance in the seventh season of Bigg Boss. There are reports suggesting that she has undergone liposuction and breast implant.

Were you aware of these plastic surgeries of the TV actresses? Share in the comments. Check out these serials of Ekta Kapoor, which many of them watched, some of these above actresses were there in her serials. 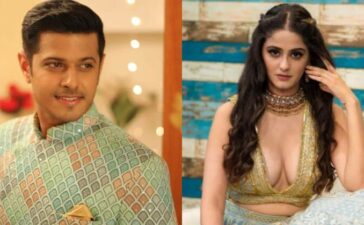