UK Shows that make it to nations outside the home country must have successfully appealed to the local audience. Once other countries take on this content, they remake it into their own and avail themselves through their channels. The UK had the first version of The Chase, Dancing with the Stars, and Planet Earth. Given the success of these formats locally, it is only logical that other studios outside the UK wanted to make their version.

This trend has been popular in the recent past, and Betway took it upon itself to highlight some of these successful shows. Below show that made it on international screens based on the number of views, amount of revenue generated, and outperformed versions.

This category could not be complete without highlighting the success of The Office (US). Netflix had it as the most viewed show culminating in billions of minutes. It goes without saying that The Office (US) had the highest number of views in terms of TV exports.

Though The Office (US) has been successful in appealing to a sizeable audience, unscripted UK formats cannot be disregarded. Dancing with the Stars, popularly known as Strictly Come Dancing, has an audience in 50 countries. In the show’s 270 seasons, 500 million people have watched this incredible format.

Factual programs like The Great British Bake Off can be accessed in 26 countries. Some of the markets with this program include the US, Denmark, Italy, and France. The UK exported 28% of similar shows in 2020.

Another program with millions of viewers, BBC’s Top Gear made $50 million for the UK. This high-earning export program is available in 214 territories.

UK formats that are highly requested outside the home country include reality talent shows in studios. Got Talent, Strictly Come Dancing, The X Factor, and Idols got 78, 63, 56, and 56 sales respectively.

In 250 territories, Downtown Abbey and Vera have impressed these international markets. These two shows come to mind when it comes to successful British period dramas. Midsomer Murders and Poirot got 200 sales which put UK classic crime series on the map.

For the second season, The Office (US) had a different trend to resonate with the local market. The Americanized storyline saw this season run for twenty-two episodes. The move helped ramp up the number of viewers and saw The Office (US) got another seven seasons.

IMDb gave the show 8.9 stars and The Office (UK) 8.5 stars. Global popularity favors The Office (US) at number 26 and the counterpart in 558.

With nearly £1.48 billion in TV exports, it is clear that the UK does not intend to slow down on this trend. Downton Abbey, Planet Earth, and Doctor Who have made the UK more than half of its annual revenue. In 2020, these completed UK TV shows made over £1bn making it the greatest income source of the country. The second greatest income source is the international format adaptations that made £160 million for the country. These adaptations include Come Dine with Me and Love Island.

From the total £1.48 billion, the USA was UK’s greatest export market with £466 million in 2020. North America made the largest profit with £572 million. Other export markets with the highest expenditure include Canada and Australia. As for other countries that do not speak English, France was the largest market, making £102 million.

Asian and Latin American viewers have become fans of UK TV content. These markets have increased their exports. Streaming services in these markets have launched avenues that were unavailable as a result of censorship.

Aside from TV shows, streaming services have given their audience a chance to follow on interesting aspects. For example, intriguing documentaries on topics such as the tallest soccer players ever continue to capture the attention of the masses. Football fans can discover a lot about the life and achievements of the tallest soccer players in history through such documentaries. 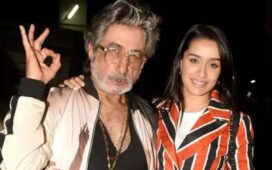