These Are The Upcoming Bollywood Movie Sequels That Are Releasing Soon Many Bollywood movies are lined up for their release. Due to the coronavirus pandemic, many producers shifted towards the OTT platform for their movie releases. Some movies are coming with their sequel. The first part has received overwhelming responses from the audience. Hence, the makers have decided to bring up the sequel of their hit movie. Here are the upcoming Bollywood movie sequels that are releasing soon.

Hungama 2 is the sequel of the 2003 movie Hungama. Paresh Rawal and Priyadarshan are coming together to make you laugh out louder. Shilpa Shetty, Pranitha Subhash, and Meezan Jaffery will be seen along with Paresh Rawal. The trailer of Hungama 2 is released and getting a good response from the audience. Hungama 2 will be releasing on July 23rd on Disney+ Hotstar.

Satyameva Jayate was a success. The sequel is officially coming to the theatres. Previously, the movie was about to release during Eid but got postponed. John Abraham and Divya Khosla Kumar will be seen playing the lead roles. John Abraham will be playing a double role in the movie.

Kartik Aaryan and Kiara Advani will be seen in the standalone sequel of 2007 Bhool Bhulaiyaa. It was a super hit, and audiences are eagerly excited for this one. The movie will release on November 19, 2021. Kartik Aaryan recently shared the photo of himself and Rajpal Yadav from the sets of Bhool Bhulaiyaa 2.

Mohit Suri has announced the sequel of the thriller Ek Villain. Ek Villain Returns stars John Abraham, Disha Patani, Tara Sutaria, and Arjun Kapoor in the lead roles. The movie is scheduled to release in February 2022. 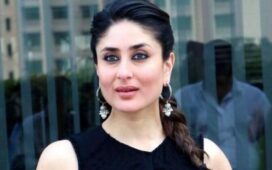