Exclusive: "If I Do Not Perform My Own Action Scenes, I Am Cheating With My Character", Said Actor Vikram Mastal Vikram Mastal is one of the amazing and action-packed actors in the Bollywood industry. He started his career from the Television. He is known for his role as Lord Hanuman from the iconic Ramayan telecasted in NDTV Imagine. There are only a few people who played the role of Lord Hanuman with ease and Vikram is one of them. Vikram Mastal has also played the character of Balwinder Singh in 21 Sarfarosh: Saragarhi 1947. He made his debut from the movie Suspense and the way he performed in the movie is remarkable. Vikram has performed all the stunts and actions on his own. His new movie Sakshi is ready for release and soon will be released once the theatres reopen.

Taking about how different it is from performing your own stunts and taking a body double to perform, Vikram Mastal told Praneet Samaiya that,

“I always believe in taking challenges. In fact, my life is full of challenges. I belong to a place where the population is mere 600. I have always worked hard for my dreams. When I came to Mumbai, I had faced lots of issues, I do not know English at that time. I did my education from Hindi Medium school. As I belong to a village Salkanpur in Madhya Pradesh, I have always seen people doing farming and other activities. Since childhood, I have done my work on my own. I lost my parents a few years back. My parents have not seen me become an actor. I miss my parents too much. I am today just because of their blessings and teachings.”

Vikram Mastal also told why he always performs his own action and stunts. He continued,

“My parents always taught me to do my work by myself. If there is an action scene to be performed and I take body double for it, I feel like I am cheating with my work. If the role is given to me, I am responsible for bringing the life in the character and not other people. I always do training activities, actions on my own. Probably it is God’s gift to me that I do actions with ease and audiences appreciate the same.”

When asked, what kind of diet he takes to keep himself fit, Vikram Mastal really amazed us with his answer. He told,

“If we love nature, nature loves you. I became a pure vegetarian and I am amazed by the changes I have felt in my body. My body became more active and I feel more energetic. There is absolutely no need to harm animals as they also have equal rights to live. I have stopped taking the meal after 7 PM. It is a myth that non-vegetarian food is needed to build a body. I am not an only example, even Virat Kohli and WWE superstar Goldberg are pure vegetarian.”

Vikram Mastal also talked about his favorite movie and director, he added,

“I like doing action scenes. The way Hrithik Roshan and Tiger Shroff performed actions in the movie War, they were outstanding. I am a big fan of director Siddharth Anand. I believe he takes out the best from the actor.”

Vikram Mastal is an inspiration to many people who dream to become an actor. His road to Bollywood is really inspiring. With hard work, self-belief, and dedication, you can achieve anything. Well said, Vikram. You are not only making your village proud, but also an entire nation. 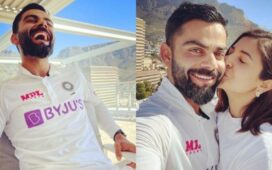