Vikram Mastal (Sharma) is in a happy space as he has bagged his second Bollywood Project, who is currently in Delhi shooting for his next film titled “Sakshi”, directed by Ajay Ram. He will be seen playing a character named ‘Virat Chaudhary’. Sakshi will be a Masala Entertainer with twists and suspense to spice it up with some romance and comedy. Vikram Mastal is known for his outing in Television; be it a role of Hanuman in Ramayan or Balwinder Singh in 21 Sarfarosh: Saragarhi 1947. He is super excited and eagerly waiting for his film. His last film Suspense was full of thrills and suspense and his performance was highly appreciated by the critics and as well as audiences.

Vikram told that there is no shortcut to success and hard work and patience is the key.

We will keep you updated with his new release from time to time. Wishing you all the very best Vikram! 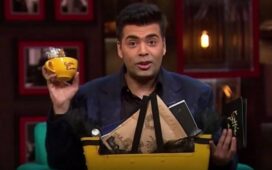