Hrithik Roshan and Tiger Shroff are coming together for the movie War. When we say these two action-packed actors are coming together, the movie will surely be a power-packed entertainer. The War trailer is out and it is full of action and dangerous stunts. Directed by Siddharth Anand and produced by Yash Raj Films, the movie War is all set to hit the screens on October 2, 2019.

This is the first time when the duo of Hrithik Roshan and Tiger Shroff are coming together. This trailer is looking like an edge-of-the-seat thriller. The 2 minutes 25-second trailer begins with Hrithik Roshan portraying the character of Kabir punches an Army man and even fires bullets. Colonel Luthra played by Ashutosh Rana is the senior of Hrithik Roshan informs the officials that Kabir has gone rogue. The official tells that Kabir is our best and we need to kill him before he does something like this again.

The official asks, Is there someone who is as powerful and well-trained like Kabir who can take him down. Then there is an entry of Tiger Shroff playing the character of Khalid breaking walls in his first scene of the trailer. The War begins between Tiger Shroff and Hrithik Roshan. It has been revealed in the trailer that Tiger Shroff was once a student to Hrithik Roshan. The story revolves around Khalid trying to kill Kabir.

The action scenes, high-octane car chase sequences are mind-blowing. War is the first-ever film to be shot in the Arctic circle. The car chase sequences have been shot in Finland. The movie War will surely be going to an edge-of-the-seat entertainer. The War trailer released today and honestly, the movie has blockbuster written all over it. This is going to be one of the helluva face-offs between Hrithik Roshan and Tiger Shroff. Both Hrithik Roshan and Tiger Shroff looking good in doing action scenes and also complementing each other.

Looking at the trailer, Director Siddharth Anand who has also directed action movie Bang bang also stars Hrithik Roshan has done full justice with it. The movie War is shot in 7 countries, 15 cities and has 4 stunt directors Paul Jennings, Franz Spilhaus, SeaYoung Oh, and Parvez Shaikh and is made in 3 languages Hindi, Tamil, and Telugu. The movie also has Vaani Kapoor as a leading lady but she has a miss-if-you-blink appearance in the trailer. Director Siddharth Anand told that the movie has actions which Indian audiences have never seen before. War is looking like the most stylish movie of 2019. Watch the trailer here:

With holiday release October 2, and five days long weekend, the War will surely be the biggest opener of 2019 and break many records at the box-office. Have you watched the trailer, how did you find? Let us know in the comments below. 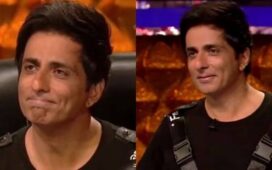