Life is full of ups and downs. Everyone goes through a bad phase in their life. Yami Gautam is also not untouched by this. She is one of the beautiful actresses in Bollywood. Yami started her career in the Bollywood movie Vicky Donor opposite Ayushmann Khurrana. In August 2020, she revealed her neck injury on social media. In an interview, Yami Gautam recalled her road accident when she was in during her college days and how an accident changed her life. Talking to TOI, Yami told,

“It happened one morning when I was heading to the university in Chandigarh. I was on the highway riding my two-wheeler when the car ahead gave the wrong signal. The driver signaled that she would be going right, but instead, turned left and knocked me down. The car sped away without stopping. It was very quick and too sudden to register what had happened. I am thankful that I was wearing my helmet. I was unable to move and could have been run over by another passing vehicle. However, a man pulled over and helped me get back on my feet.”

“This accident happened during winter, and you know, up north we have to wear many layers of clothes. Thanks to the weather, I was wearing multiple layers, and thus, it saved me from any external injuries. I had no scars and bruises, however, the accident left me with an internal injury. The doctors told me it was a fracture in the neck. At that point, I realized how serious the injury was, especially when they told me that I would never be able to work out in my life. Back then, I wanted to be an IAS officer.”

Bala actress Yami Gautam told the injury keeps resurfacing due to a hectic lifestyle. The actress talked about yoga played an important role during such times.

“The minute you had to be in five-inch heels and run around too much, the pain would resurface. I obviously want to be professional, be on my toes and be able to do all kinds of activities, so through the years, I have been taking precautions to avoid a relapse. With yoga, I am indeed getting better.”

“I want to tell people that they should not judge anyone on the basis of their physical appearance. Someone might appear fit, but you don’t know whether they are deficient in something. Everybody has their own battles to fight. Subjects like these are something that we are very scared of addressing. We are all apprehensive of sharing such things, but I took a step ahead. I want people to read it and connect with it. No one wants to know what is going on within, but it is fine to open up about your flaws and show that they can be worked upon.”

“When I was in college, a few classmates would tease me over my helmet, but I felt lucky that I had it on at the time of the accident. I always wore a helmet. Today, I see girls wearing a scarf over their heads to save their skin and hair and an oversized shirt to save their outfits from the dust while riding bikes, but come on, hair, skin, clothes are secondary — safety comes first!”

Her road accident shows how much a helmet is vital while riding two-wheelers. Yami Gautam will be seen in the upcoming Bollywood movies Bhoot Police and Dasvi. 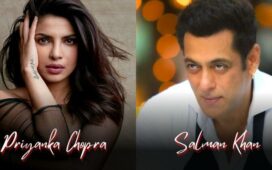