One of the most award ceremonies in the Bollywood industry is the Filmfare. It was the 65th Filmfare awards this year. Similar to every award function, Filmfare Awards 2020 is all about stunning performances, glamor, fashion, glitz, humor and also awards. Last year it was held in Mumbai, this time it was held in the Indira Gandhi Athletic Stadium of the beautiful city Guwahati, Assam.

Filmfare Awards 2020 was hosted by Vicky Kaushal, Karan Johar, and Varun Dhawan. There were many amazing performances from celebrities like Akshay Kumar, Kartik Aaryan, Ayushmann Khurrana, and of course Ranveer Singh. His movie Gullyboy bagged several awards. Let us check out which Bollywood celebrities took the prestigious black lady with them as a glory. Here is the list of celebrities who won at the 65th Amazon Filmfare Awards 2020.

Ranveer Singh received an award from the legendary actress Madhuri Dixit. The actor shared his happiness with the lovely post on social media.

A very special moment that I’ll never forget 🙏🏽 receiving the Filmfare Best Actor trophy from one of the Greats..Legend of the silver screen..the one and only @madhuridixitnene . Etched in my heart forever ❤️ #blessed #grateful

Gully Boy received the maximum no. of awards for the single movie that is 13 and was nominated for 19. Which award excited you most? Let us know in the comments below. 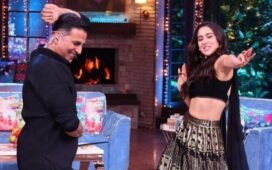