Ranbir Kapoor, Alia Bhatt, Mouni Roy, Amitabh Bachchan, Nagarjuna, and Shah Rukh Khan (cameo) starrer, Brahmastra is shattering all records at the box office. The film has collected over INR 300 crore worldwide. Brahmastra is still gaining all the limelight and speculations on social media. The fans even demanded a separate film based on Shah Rukh Khan’s character Mohan Bhargav.

Ayan Mukerji worked as an assistant on the set of ‘Swades,’ and he was just 19 years old. This character is very close to his heart. Talking to Hindustan Times, Ayan said,

“In Swades, he (Shah Rukh) plays a NASA scientist called Mohan Bhargava, who decides to come back and work in India. Since I had worked on Swades as an assistant, I thought it would be a nice thing to throw in here. We wrote that in our credits, ‘Eternally grateful to Mr. Shah Rukh Khan.’ Sometimes, people come and do something so generous and large-hearted. There is no way to ever repay what Shah Rukh Khan has done on Brahmastra. Unanimously, one of the favorite things in Brahmastra has been Shah Rukh sir’s sequence.”

The audience went crazy seeing Shah Rukh Khan in the film Brahmastra. Those who have not watched the film and were not aware of SRK’s cameo in Brahmastra even 12 days after its release deserve to know this spoiler. Ayan is also planning to take Brahmastra ahead and explore Astraverse. 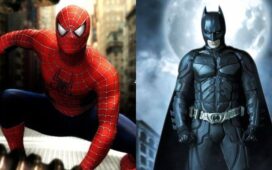