One of the most famous comedy shows on television is no doubt Bhabiji Ghar Par Hain. The show has a huge fan following among the audiences. Every character in this serial has his own flavor. Be it, Saxena, Happu Singh, or Angoori Bhabi, everyone has their unique style of making the audience laugh. One such character who has his own charm and is also awarded The Magnetic Voice is Tillu, played by Saleem Zaidi.

Recently, Saleem Zaidi recalled his early struggling days and how he auditioned for the films like Bajrangi Bhaijaan and Fukrey. He said,

“In the film ‘Fukrey’, I was shortlisted for the role of Pandit. Despite my best efforts and successful auditions, Pankaj Tripathi Sir ultimately got the part. Moreover, I auditioned for the role of journalist Chaand Nawab in ‘Bajrangi Bhaijaan’, and the casting team liked my clear Urdu and Hindi. But I missed that too, and Nawazuddin Siddiqui was later chosen for the role. But all this never stopped me from trying. I continued auditioning for films and web series.”

Saleem Zaidi started with theatres. He appeared with legendary Amitabh Bachchan in Kaun Banega Crorepati promo. He also worked in shows like Jeannie Aur Juju. But the main break was getting the role of Tillu in the show Bhabiji Ghar Par Hain. He added,

“My acting journey began in 2013. However, becoming an actor was my childhood dream. Coming from the small town of Rampur in Uttar Pradesh and being the son of a primary school teacher with no connection to the entertainment industry, it almost felt impossible. But my passion for acting kept me motivated. I completed my mass communication in Delhi. I then worked as a radio jockey for a few months. However, I soon realized that acting was my true calling. To fulfill my dream, I boarded the train and landed in Mumbai.”

“I used to live in a small house (chawl) with four other people, as renting a flat was impossible. I remember we distributed household chores like filling the water, cooking, cleaning, etc. And after finishing all the tasks, I had to rush to catch the Mumbai local and go for my auditions. One day, while rehearsing my dialogues in my mind on a railway platform, I didn’t realize a train was coming from behind; luckily, just in time, an older man held my hand and pulled me out. It was an incredibly terrifying experience, and I thank God and that older man for saving my life.”

Talking about one incident, Saleem said he climbed ten floors for the audition as the lift was out of order. He said,

“For one audition, I climbed ten floors in Lokhandwala, Andheri, since the lift was not working. When I got there, the person told me there was no role for me. It was an extremely disappointing experience for me. Since the lift was not working, he asked me how I reached the 10th floor, and I replied that I had taken the stairs. Out of gratitude, he accepted my audition.”

“For many days, I had to survive on a Vada Pav or a glucose biscuit, as affording two meals without work was impossible. After years of struggle, I also did films like ‘Bhaag Milkha Bhaag’, ‘Vicky Donor,’ and ‘Chalo Driver’.”

Talking about the role of Tillu in Bhabiji Ghar Par Hain, Saleem Zaidi said that though he worked in several Bollywood projects, it is Bhabiji in which he got an opportunity to play a role I was looking for.

“Even though I got to be a part of Bollywood films and work with stars, I always wanted to essay a character that made the audience laugh and connect easily. A famous casting director Rajan Waghdhare Ji who has done casting for some classic TV shows recommended my name to Bhabiji Ghar Par Hain’s director Shashank Bali.”

“He offered me the role of Tillu. After getting selected, we both worked on the dialect and voice of my character. He was the one who gave me this catchphrase, ‘Kasam khaa ke keh riya hoon seth ji, meri 6 mahine ki tankha de diyo varna gurde chin lunga’, which became viral and by God’s grace, the role has become the biggest hit of my life.”

Watch Bhabijii Ghar Par Hain from every Monday to Friday at 10:30 PM on &TV. 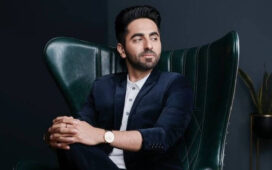