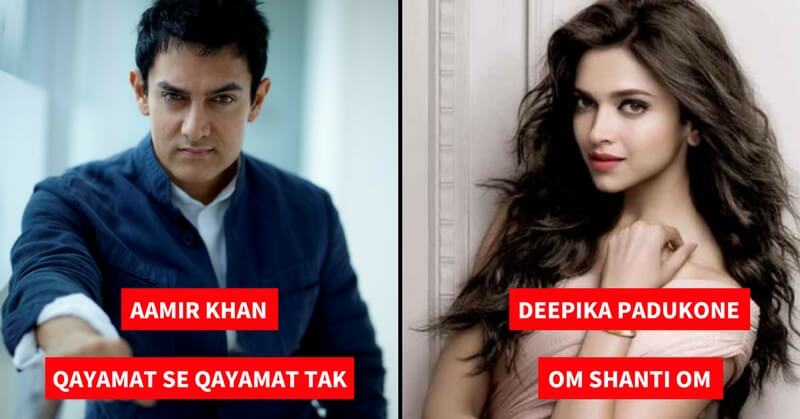 Just like Bobby Deol, daughter of Late Rajesh Khanna and Dimple Kapadia and wife of Akshay Kumar, Twinkle Khanna has achieved stardom from her very first movie “Barsaat“.  Twinkle got Best Female Debut for the same film. Now she has her own production house by name FunnyBones. Akshay Kumar film Padman has been produced by her production house.

‘Betaab‘ released in  1983 and it was one of the biggest hits of that year, making a debut of Dharmendra’s older son Sunny Deol and Amrita Singh. Betaab was probably the first Indian film to get a U/A Rating (Parental Guidance) from the Central Board of Film Certification.

Much like Priyanka Chopra, former Miss Universe Lara Dutta also debut from love triangle ‘Andaaz‘ in 2003. The movie was a superhit and gave Lara Dutta too a Filmfare award for Best Female Debut.

Yami Gautam started her career from ‘Vicky Donor‘ opposite Ayushmann Khurrana. She received the Zee Cine Awards for Best Female Debut for her role of Aashima.

Started her career opposite Salman Khan from ‘Dabangg‘ in 2010, daughter of Shotgun Shatrughan Sinha, Sonakshi Sinha tasted the overnight success and became the popular celebrity.

What do you think about these actors? Is success their cup of tea? Share your thought in the comments.