Casinos and Bollywood have a strong correlation. Many years ago, Dev Anand played the lead role in the movie ‘Gambler.’ Since then, casinos are taken as a classy activity. It is quite popular among Bollywood actors and actresses. With social media promotion becoming so popular among customers, casinos are using it to promote their businesses through celebrities. Several Bollywood celebrities are regularly seen promoting online casinos in India on their Instagram pages.

In fact, recently, a Bollywood-themed casino was launched in India. It was called Bollybet, and it opened to great reviews and responses from the players. And given its filmy concept, it has a bright future in India.

Want to know who these celebrities are? Keep reading to find out.

Sunny Leone is a popular name in the casino industry, too. In fact, she has a slot game dedicated to her known as Bollywood Diva. You will often find her posting about online casinos in India on her Instagram handle. In addition, Leone is the brand ambassador of JeetWin Casino. Only recently, she was seen promoting a scratch card game based on a food theme that is available on JeetWin.

Arjun Rampal, the actor, known for his roles in movies like Rock On and Rajneeti, is the brand ambassador of PokerHigh. This is a legal poker platform in India. It is the first platform to have received a poker license under ‘Nagaland Prohibition of Gaming and Promotion and Regulation of Online Games of Skill Act 2016’.

In an interview, the actor stated that he is excited to be a part of PokerHigh. According to him, after a tiring day, people look for little victories that keep them going, and PokerHigh is ideal for the purpose. Therefore, we can say Arjun is promoting online casinos in India via Poker games.

Another Bollywood sensation, Amy Jackson, who featured in Singh is Bling, was announced as the brand ambassador of the platform Rummy Passion. She promotes the platform through her social media handles. However, she has also been promoting it offline.

She confirmed her collaboration with the online gambling site and stated that it is a real pride for her to be a part of Rummy Passion. This is an online rummy brand that has secured great popularity within a short time. It is one of the most sought-after rummy destinations in India. You will find Rummy games at the best online casinos in India.

Rannvijay, the Indian television personality, and actor, is popular as a host of MTV Roadies. He has been associated with the show since 2004. Rannvijay continues to be a part of it, earlier as a host and now as a gang leader.

He is now the chief brand ambassador of many online casino events.  This celebrity is also known to be associated with PokerHigh. If you check out his Instagram handle, you will notice that it has some interesting posts about casino games and contests. He has inspired youths for decades, and now he is promoting online casinos in India to his large social media followers.

Television viewers might have already seen Nawazuddin Siddiqui in a PokerStars advertisement. The platform has signed the star as its brand ambassador. As a result, he features in three of their advertisements.

In the promotional ads, he stated that it has been a great pleasure working with PokerStars India and that he has joined hands with them because he has always been intrigued by them. He believes it has managed to balance ongoing opportunities to improve your knowledge for mastering the game and easy-to-learn.

Preity Zinta is one of the most popular Bollywood actresses. She has been featured in movies like Kya Kehna, Kal Ho Na Ho, and Veer Zara. She takes a keen interest in the business. Preity is also known to be an owner of an IPL team, King XI Punjab.

Recently, she has been promoting an online poker event, The Player Hunt. She does this through her Instagram handle. She is also often seen promoting online casinos in India.

You might have seen Anita Hassanandani in movies such as Just Married, Maharaja, and Hero. But she gained popularity by playing the lead character in the daily soap, Khavyanjali. She is now the brand ambassador of PokerRaj, a popular poker game platform.

She promoted live events of PokerRaj. The celebrity had taken part in a recently held event, PokerRaj International the 100 Series.

Apart from these, actors like Rana Duggabati of Bahubali fame and Prakash Raj have promoted rummy, the card game, through television advertisements.

While celebrity promotions might get you a little excited about gambling, you should not join an online casino simply because a celebrity is promoting it. Just because Arjun Rampal is promoting PokerHigh, it doesn’t mean that the platform is legit.

It would be best if you play responsibly. Remember, it is your hard-earned money. So, you should be careful and gamble responsibly. Whenever you are registering into an online casino, there are a few factors that you need to consider.

Firstly, you need to make sure that it has a proper license and certification. This is proof that the platform is regulated. You should check if the platform offers valid and well-known payment options for you to make transactions. Check online customer reviews to learn about the reputation of the online casinos in India. If you come across more negative than positive reviews, it should serve as a red flag.

Ultimately, when you gamble, make sure that you gamble responsibly. Always play with a budget. Avoid gambling with money that you cannot afford to lose at online casinos in India. Furthermore, avoid chasing your losses in the hope of winning it all back as this might cause you to lose more money. 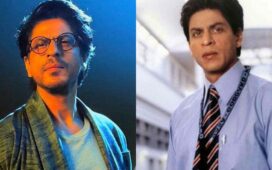