In her latest vlog, Debina shared her journey of becoming a mother. She also talked about her IVF treatment cost, how she kept herself positive, and many more. Debina shared the process in detail for all the mothers. Debina said that it is a journey of 5 years that started in 2017. She said,

The entire journey of thinking about motherhood to visiting the doctor to conceiving Lianna was 5 years long. Having to deal with weight gain questions is quite taxing. People keep asking, ‘You have put on weight, is there some good news?’, ‘You are glowing, is there any good news?’ and sometimes in a very tacky way – What happened? Now it’s your turn. I know these things are very hurtful and you feel more restless. I started my treatment in 2017.

Debina added, Initially, doctors suggested IUI. It is not a very invasive process. The fertile days are calculated and according to it, doctors give a few injections. Semen analysis of the husband is also done. It did not work for me. I tried it 5 times. It was a failure. The next best option was IVF.

During IVF, I actually found out what the problem was. I had endometriosis and adenomyosis. Before further treatment, my doctor did a hysteroscopy – a small operation. My uterus was stuck and with that operation, they rectified it. The cost depends on the hospitals – starting from Rs 75,000 to 1 lakh.

After beginning the IVF treatment, it is divided into two parts – the egg extraction and putting the fertilized egg back again. The first process is a bit painful and tedious. The egg extraction process takes time. Egg extraction cannot be done at once. My process happened thrice. Each process costs around Rs 1.5 lakh. I am just giving an overview of the vest.

In the process, the eggs that were formed because of the injection were a lot but when the eggs were extracted, there were only 3 and very slow-moving embryos. There is also a myth about putting on weight when injections are being injected but no, I didn’t put on weight and weighed normal.

Have To Be Calm And Keep Patience

Giving 5 years is not a joke and when after each month the answer you get is ‘No’, it gets very frustrating. Just stay calm through the process. Don’t quit. I would read a lot of books to stay positive. I read books like Bhagavad Gita, Ikigai, and other renowned authors. You can also listen to audiobooks.

This process entirely depends on God. I tried two embryo transfers and it didn’t work for me. The cost of embryo transfer is Rs 30, 000 and it also depends on the hospital. I had an IVF conception. Initially, I was scared but not anymore. When people ask ‘Why IVF transfer’, I would say when something doesn’t happen over a period of time, I can’t waste time thinking about why it is not happening. Rather I tried and after 5 years I was blessed with Lianna. The process is not cheap but it is also not that expensive. 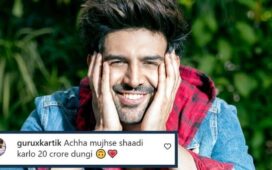