Gurmeet Choudhary, Debina Bonnerjee, and Vikram Mastal played the role of Lord Ram, Goddess Sita, and Lord Hanuman in the iconic Anand Sagar’s Ramayan telecasted in NDTV Imagine. Recently, Vikram Mastal united with  Gurmeet Choudhary and Debina Bonnerjee at their house for a religious event. They prayed for the betterment of the country. The trio has decided to go to Ram Mandir in Ayodhya once its construction gets completed. After a long time, the trio of Gurmeet Choudhary, Debina Bonnerjee, and Vikram Mastal was seen together. The fans of the actors are excited to see them together. They have become a household name after the telecast of Ramayan. Even after years, Ramayan is still receiving a whole lot of love while being aired on the Dangal channel.

Vikram Mastal will be next seen in the movie Sakshi. His two web-series will also arrive soon. Gurmeet Choudhary is working on a new project, while Debina Bonnerjee has few ads and TV serials. 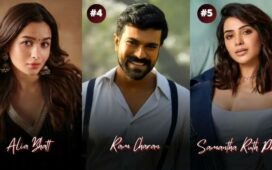