Pathaan Cast Salary: From Shah Rukh Khan To Deepika Padukone, Here's How Much The Actors Charged For Their Roles The excitement for the much-awaited 2023 film Pathaan is crazy. With this spy-thriller, SRK has finally made his comeback. To say that it is extraordinary would be a sheer understatement. Furthermore, it will not be wrong to say that the film will be a huge success at the box office. Why? Because it has already beaten KGF 2, as over 5.50 lakh tickets were booked for the first day itself. Apart from SRK, this film is also filled with the gracious presence of Deepika Padukone, John Abraham, and other actors. The reviews are out and are mostly positive. If you have not read the reviews, here Today, we are here to discuss the Pathaan cast salary. We will talk about how much all the actors have charged for their contribution to the film. If you are curious, then let’s not waste time and read on.

Most of the reason why fans were crazily waiting for Pathaan was because of SRK. After a hiatus of almost four years, SRK is making his comeback via this film. Furthermore, to say that because of this reason, the film is a lot more special is absolutely true. For his portrayal in this film, SRK has charged a whopping fee of Rs 100 crore. This has made him one of the highest-paid actors in India of all time.

By now, we all know that in Pathaan, John Abraham is portraying a negative role. People are crazy to see him and SRK together. Furthermore, as per the reports, he is charging a sum of Rs 20 crore for his contribution to this directorial work of Sidharth Anand.

Many of you may or may not know, but Salman Khan is also going to make his appearance in Pathaan. Furthermore, as per several reports, it was said that for his cameo role, producer Aditya Chopra would be paying the actor a huge chunk of money. However, it has now come to the limelight that the actor has refused to take any money.

Siddharth Anand, the director of this most awaited film, is also charging a good sum for his contribution. For directing Pathaan, he is going to receive a sum of Rs 6 crore.

Ashutosh Rana is well-known for his portrayal as a senior RAW officer in the film War. But, surprisingly, in Pathaan, his role is the same. Although the fee that he is charging for the role is not public, nonetheless, we bet it is going to be a good amount.

In Pathaan, veteran actress Dimple Kapadia portrays the role of a Research & Analysis Wing officer. Furthermore, the amount that she is receiving for her contribution to the film is not known. She was last seen in the 2022 hit, Brahmāstra: Part One.

The last one on our list of the Pathaan cast salary is, of course, Deepika Padukone. This stunning actress will be seen in a pivotal role and as the romantic interest of our ‘Pathaan,’ SRK. Furthermore, as per reports, she will be taking Rs 15 crore home.

Have you watched the film? What was your review of Pathaan? Did you enjoy it? Or not? Do tell us via the comments below. 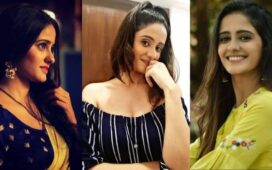