Ranbir Kapoor and Alia Bhatt are one of the most lovely couples in Bollywood. The couple tied the knot on April 14, 2022. Recently, Alia Bhatt shared a photo of herself undergoing sonography. Alia Bhatt and Ranbir Kapoor are expecting their first child and will soon become parents. The actress shared a photo of herself with her husband, Ranbir Kapoor, from the hospital. There was a time when women’s sole responsibility was to take care of their home and family, and men’s responsibility was to take care of needs.

With time, things and the mentality of the people changed. Now, couples are trying to find ways to raise their child equally. Recently, Ranbir Kapoor talked about equal parenting and sharing responsibilities with his wife, Alia Bhatt. Ranbir also recalled how he grew up watching the men in the Kapoor family remain busy with work, and the kids were brought up by their mothers. Ranbir said he does not want it that way. Talking to Indian Express, he said,

“Alia and I have been talking about it for some time now, how we’re going share our responsibilities and how we’re going to share our time. We grew up in a generation where our fathers were quite busy with work and were not around us, so more or less we’ve been brought up by our mothers, so we were close to our mothers. I want to have a different dynamic with my children, I want them to be close to me also.”

Ranbir Kapoor added that he does not want Alia Bhatt to sacrifice her dreams and work just because she is becoming a mother, and they must plan a balanced life.

“Alia is a very busy working star in this film industry and I don’t want her to sacrifice her dreams because she has a child. So we have to somewhere plan out a balanced life where we both can enjoy our personal life and our professional life, so it is one day at a time, one step at a time, but I have a lot of expectations from it.”

Yes, with time, things are changing for women. People look into these celebrities, and they will definitely influence millions of lives. Good thinking, Ranbir. Ranbir Kapoor has two big films coming up Shamshera and Brahmastra: Part One Shiva. Shamshera is releasing on July 22, 2022. At the same time, Brahmastra Part One is scheduled for September 9, 2022. So Ranbir Kapoor and Alia Bhatt share the screen for the first time. Congratulations to both Ranbir and Alia on their new journey of parenthood. 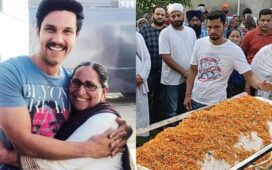