Some films create an indelible impression on spectators, either through their moving storylines or the mesmerizing performances of their performers. Shershaah is gaining appreciation from the audience. Sidharth Malhotra played the role of Kargil war martyr Captain Vikram Batra. Kiara Advani portrayed Dimple Cheema, to whom Vikram Batra was about to marry. Vikram Batra was honored with the Param Vir Chakra posthumously. The movie Shershaah has emotions, and it has struck the right chords.

Fans and audiences alike are praising ‘Shershaah’ and the outstanding performances of its stars. In addition to Sidharth Malhotra, the Vishnuvardhan film features Kiara Advani, Shiv Pandit, Nikitin Dheer, and Pawan Kalyan in key parts. On August 12, 2021, the film Shershaah’ was released. The salary of Shershaah actors has been revealed a few weeks after its release. The actors were likewise well compensated for portraying their roles in the film. Let’s take a look at the salary of Shershaah actors.

The principal actor, Sidharth Malhotra, is claimed to have received the highest fee for the film. According to a report in Bollywood Life, Sidharth Malhotra reportedly charged INR 7 crore for this project. He also put in a lot of effort in preparation for the movie. Sidharth Malhotra delivers his career-best performance to date.

In the film Shershaah, Kiara Advani plays Dimple Cheema, Captain Vikram Batra’s girlfriend. Even though Kiara’s role in the film is small, she looks good anytime she appears on the screen. Kiara’s performance in the funeral scene, especially in the film’s conclusion, brought tears to everyone’s eyes. Kiara is rumored to have received a fee of INR 4 crore to play this role.

Lieutenant Sanjeev Jimmy Jamwal, who has an excellent rapport with Captain Vikram Batra, was played by Shiv Pandit. He received INR 45 lakh for his role.

In the rest of the cast, Nikitan Dheer plays Major Ajay Singh Jasrotia. According to the claim, he was paid INR 35 lakh for a role in Shershaah that lasted more than half an hour.

Pawan Chopra played Captain Vikram Batra’s father, G.L. Batra, in the movie. According to reports, he was paid INR 50 lakhs for the film.

Vikram Batra’s close friend Naib Subedar Bansi Lal, who also died tragically, was played by Anil Charanjeett. According to reports, he was paid INR 25 lakh for the film.

Mir Sarwar has charged Rs 25 lakh. He has played the character of Haider in the film.

Film critics have given Shershaah a positive IMDB rating. On IMDB, the movie received 8.9 ratings to date. It is the first Hindi film on war to receive such a high IMDb rating. The entire cast and crew of the film, including the principal actors, are overjoyed that ‘Shershaah’ received the highest grade. 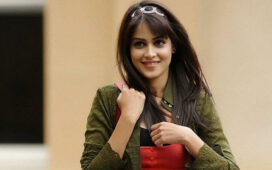