India has extended the lockdown till May 3 due to coronavirus pandemic. The daily wage laborers and poor people are suffering badly with this. The government is putting its full efforts to take care of everyone. PM Narendra Modi has announced PM Care Fund. Many people are donating to PM Care in their best possible way. There are several Bollywood celebrities like Akshay Kumar, Salman Khan, Shahrukh Khan, Hrithik Roshan, Sanjay Dutt, Kartik Aaryan, Varun Dhawan, Kapil Sharma, and many more celebrities have contributed to the PM Care funds and extended their helping hand. Akshay Kumar initially contributed 25 crores to PM Care Fund, followed by 3 crores to BMC. Now Shatrughan Sinha has taken a dig on Good Newwz actor Akshay Kumar without taking his name.

Shatrughan Sinha said it is rude to announce donations. He told that,

‘Somebody has helped Rs 25 crore, it sounds disrespectful and immoral to listen. Who is more worried during this difficult time, will we guess with the amount of money he has donated?’

‘No celebrity shows off and flaunts charity in any part of the world. These charitable causes are always a private affair. I fear showbiz is now in the danger of collapse, so now will we make it show-off biz?

Shatrughan Sinha did not stop over there. He continued,

‘When I hear someone has given INR 25 crores, I wonder if the amount I will give is of any use. Stop it! Everyone is doing their best. Don’t make this a competition for school children.’

Well, for us this is an individual choice whether he wants to reveal what he has contributed or not. But one thing is sure Akshay Kumar is an inspiration and he has helped every time whenever nation needs him.

What do you think about Shatrughan Sinha’s comment on Akshay Kumar? Do you think it is right? Let us know in the comments below. 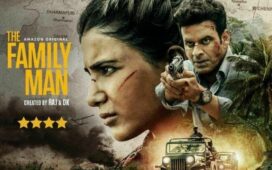