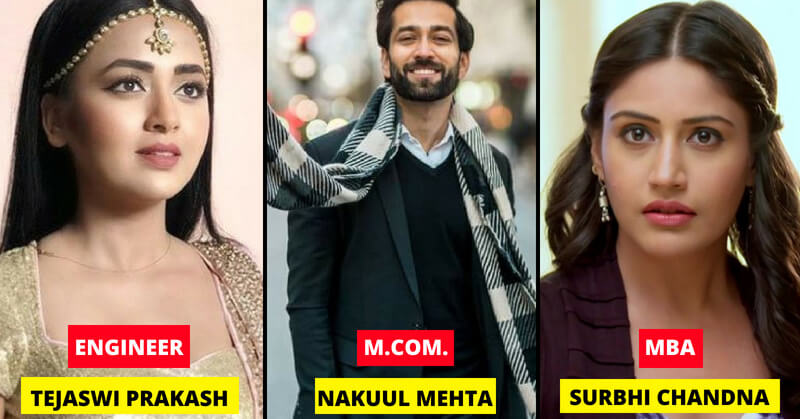 The audience often thinks it is very tempting to act on TV, and this is seen to be a much easier task to do. But they have no idea how hard TV Actors have to work. People also think that their favorite actors are not much educated. Let us tell you that these TV Actors are highly educated and some of them have foreign degrees too. The degree of these actors will really surprise you.

Here we are telling you about TV Actors who are not only the popular faces of the TV industry but who also carry huge degrees.

Karan Patel, who plays Raman Bhalla is TV’s most famous star. He plays a role in ‘Ye Hai Mohabbatein’ and holds a masters degree from London School of Arts.

Every charming Ram Kapoor is a well-renowned TV actor. Ram received a master’s degree in acting from Los Angeles.

Tejaswi Prakash is an engineer by profession before coming into the television world. She holds an Engineering degree in electronics and telecommunications.

Devoleena Bhattacharjee, one of the country’s most popular daughter-in-law, who played Gopi Bahu in Star Plus’s show ‘Sathiya’, has done jewelry designing course from NIFT Delhi.