The shooting of India’s one of the most popular sitcom Bhabiji Ghar Par Hain started this Sunday. The Maharashtra government has given permission to start shooting with the new guidelines and safety precautions.  The shoot of famous serial Bhabiji Ghar Par Hain started after 100 days. Rohitash Gour, Shubhangi Atre, Yogesh Tripathi have also shared the photos from the sets. Recently Shubhangi Atre who is portraying the role of Angoori Bhabi opens up about the challenges she is facing on the shoot post lockdown.

Shubhangi Atre told that she is excited to resume work after nearly 100 days. But there is always a fear of being exposed to the virus, especially with so many people around on the set. She added,

“There are scenes where I’m supposed to lie down on the bed or sit on the sofa or work in the kitchen, everything requires me to touch something that would have been touched by several other people. Even though they would have sanitized properly, par darr toh lagta hai,”

Angoori Bhabi said to ensure the safety of everyone on the set, the makers of the show Bhabiji Ghar Par Hain also tried to shoot the scenes with actors wearing face shields. But it did not work out. Shubhangi Atre prefers doing her makeup by herself and it is not new for her. Talking about the challenges she is facing wearing a mask during the shoot, she said,

“I have always done that. The only difference is that now, someone needs to hold the mirror and the pouch that has my makeup kit so that I can do the touch up in between. But even then, having someone come close while holding the mirror, bothers me.”

“Earlier we would have may shots where I’d hug or lightly push my onscreen husband (Manmohan Tiwari played by Rohitash Gour), but now we’re avoiding those. Once we enter the set, we finish everything and then only leave. Also, we are shooting eight to ten scenes a day with three camera set-up, so that we can finish quickly.”

On asking, how different it is to shoot after a gap of 100 days, she told,

“It’s difficult to recognize people under masks and face shields and understand directions. I’ve been playing this character for long now, but now that we shot after a gap of 100 days, I’ve been asking my director if I’m portraying my part well. I’ve become so conscious.”

The new episodes of Bhabiji Ghar Par Hain will air from July 13 onwards on And TV. Are you guys excited for the show? Let us know in the comments below. 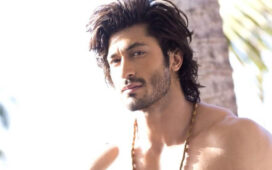