Bollywood movies are incomplete without music. The realm of Bollywood has been decked by the alluring singing voices of these artists. These Bollywood singers earnings will definitely shred the notion that music is not a financially qualifying profession. Take a look!

‘The Mozart of Madras’, A.R.Rahman is India’s phenomenal composer and a versatile singer. His works are remarkable for the beautiful blend of Indian classical music and electronic music. This pragmatic singer earns Rs.1.5 – 2 crores per movie approximately.

Armaan Malik was recognized soon after he became a finalist on SaRe Ga Ma Pa L’il Champs program. His popularity and talent fetched him quite a lot of opportunities in movies. This young playback singer earns around Rs.40 lakhs through his singing.

Kailash Kher, with his unique and powerful voice, has established himself as one of the most popular playback singers of India. He has sung more than 700 songs and his music style is influenced by Indian folk and Sufi music. This socially contributive singer earns around Rs.30 lakhs through his successful music career.

Shreya Ghoshal with her soul-touching voice made her debut as a singer when she was sixteen. It was on the show ‘Sa Re Ga Ma Pa’ that her potential was recognized and was given opportunities. She takes home about  Rs.18 to 20 lakh for a song.

Arijit Singh, who has a knack for giving any song a magical touch, reached the zenith of his popularity with his legendary song ‘Tum hi ho’ from ‘Aashiqui 2’. This notable singer charges about Rs.15 – 20 lakhs for a song.

Sonu Nigam, being a note-worthy Indian singer of all times, has released Indian pop albums and also has a career as an actor. Gifted with an extraordinarily melodious voice, this singer harvests about Rs.10 lakhs for his song. 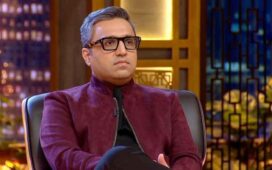