Film Is Based On A Novel Named "Calling Sehmat"

The trailer for the upcoming Indian period thriller film, Raazi has been out and it seems quite promising. The Alia Bhatt starter film is being directed by Meghna Gulzar and produced by Karan Johar. It also features Vicky Kaushal in lead role. The film is based on the popular novel “Calling Sehmat” which was written by Harinder Sikka.

Alia Bhatt And Vicky Kaushal In The Lead Role

Alia Bhatt played the lead role of Sehmat, who is a Kashmiri girl, later, she becomes a spy that serves to India by interacting information about the Pakistani army during the Indo-Pak war of 1971. The candid girl was trained before she gets married to a Pakistani army officer, Iqbal. Vicky Kaushal played the role of Iqbal.

The new journey of Sehmat’s life started after the marriage. She perfectly portrayed the character of an obedient daughter and an ideal wife. Apart from this, she is the fearless spy who becomes the ‘eyes and ears’ of her country.

The conditions between India and Pakistan got intense during the Indo-Pak War in 1971. Sehmat made a huge sacrifice, she put her country before anything else and leaked information about Pakistan. This led her to some serious problems as she was an easy suspect. Undoubtedly, Alia Bhatt is looking forward to giving another amazing performance in this role.

Apart from Alia Bhatt and Vicky Kaushal, the film encompasses Rajit Kapoor, Shishir Sharma, Jaideep Ahlawat, Ashwath Bhatt, Amruta Khanvilkar and Soni Razdan in the key roles. The Twitterati showed positive response towards the trailer and many called it a jaw-dropping performance by Alia Bhatt.

What do you think about the trailer of Raazi? Don’t you think Alia is looking amazing in the character? Share your thoughts in the comments.

Also, check some other upcoming movies of Alia Bhatt that we are waiting for. 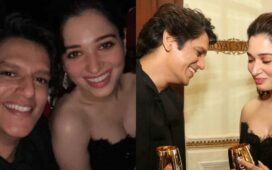 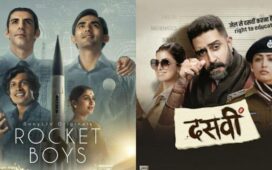