Diljit Is Playing The Role Of Hockey Player Sandeep Singh

The trailer for Indian biographical film, Soorma is out and it delivered the thrill to a level that it gave us goosebumps. The film is based on the life of hockey player Sandeep Singh who returns to the national squad after hitting the rock bottom. Diljit Dosanjh and Taapsee Pannu are in the lead roles in the movie.  Diljit has completely impersonated the Indian hockey player Sandeep Singh and it seems like he will deliver an epic performance.

Soorma is a story of the international hockey player Sandeep Singh, played by Diljit Dosanjh, who was paralyzed and used a wheelchair for two years after an accidental gunshot injured him in 2006.[5] The film’s tagline is “The Greatest Comeback Story of the Hockey Legend Sandeep Singh”. Fighting against all odds, Sandeep got back on his feet and made a comeback to international hockey in 2008.

It is hard to spot physical differences between, Diljit Dosanjh and the real Sandeep Singh. Moreover, Diljit has physically transformed himself to fit in the shoes of a national level hockey player. Furthermore, Taapsee Pannu is playing the role of Harpreet who is also a hockey player. She also seems pleasing in the role. Apart from this, Angad Bedi is also playing a key role in the movie.

The music of the movie is composed by Shanker Ehsaan Loy with lyrics by Gulzar. Contestants of the Talent Hunt show Rising Star, Hemant Brijwas. The trailer also encompasses musical preview which is pleasing and eventually channels a sense of patriotism and struggle.

Judging by the trailer, the film will be inspirational. The inspiring story of Sandeep Singh will teach us a lot about the ups and down about the life. The film will be released on 13 July 2018 and we are excited about it. Are you excited? Share your thoughts in the comments. Also, check out Salman Khan dancing to the Boom Floss challenge and made Katrina laugh. 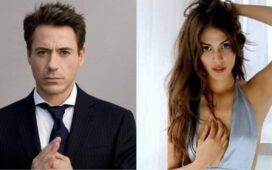