Seeing this, the fans are also getting very excited. Rishi Kapoor and Neetu Kapoor did many films together in their career and also gave many hit songs in these films. From Dard-E-Dil-Dard-E-Jigar, Hoga Tumse Pyaara Kaun to Ek Main Aur Ek Tu, the mother-son duo put out an entertaining performance on the stage of the Colors TV show. Everyone loved the performances of the mother-son duo. Even Ranbir Kapoor lifted his mother Neetu in his lap and started dancing. Watch the adorable video. Colors TV has shared the video with a caption,

In an interview, Ranbir Kapoor shared that he wants to take risks with the kind of movies he chooses. Ranbir said,

Ranbir Kapoor has two big films coming up Shamshera and Brahmastra: Part One Shiva. Shamshera is releasing on July 22, 2022. At the same time, Brahmastra Part One is scheduled for September 9, 2022. So Ranbir Kapoor and Alia Bhatt share the screen for the first time. 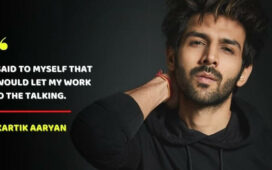