Bollywood fascinates everyone with its glamorous traits and the fame it can take someone to. However, the Bollywood actors have to work hard to get a chance in the industry. Hence, today we have brought you 10 popular actors who had to work as assistant directors before getting their break in acting.

He is one of the actors who have to work off-screen before making his on-screen debut. Arjun Kapoor worked as an assistant director in Shakti, Kal Ho Na Ho, and Salam-E-Ishq.

Daisy Shah made her acting debut with a special appearance in Vandae Matharam, she gained a huge amount of popularity when she worked opposite to Salman Khan in Jai Ho. Before that, she has already assisted the choreographer Ganesh Acharya for 10 years.

Harshvardhan made his acting debut with Rakesh Omprakash Mehra’s movie Mirzya opposite actress Saiyami Kher. Before acting, he has worked with Anurag Kashyap’s Bombay Velvet as assistant director.

Both Siddharth Malhotra and Varun Dhawan made their acting debut from Karan Johar’s student of the year. The coincident is that both of the actors worked as the assistant directors in Karan Johar’s “My Name Is Khan”. 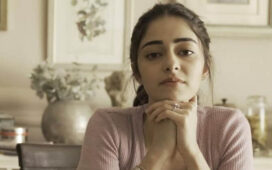 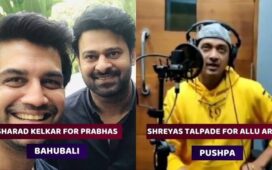