Disha Patani has become one of the latest youth sensations on the basis of her talent and passion for acting. Some of us may think she got famous very fast for her looks but we may not know how early she had started her chase for acting and now she is experiencing the fruit of her hard work. So let’s get to know some not-too-common facts about Disha Patani.

Most of us may think M. S. Dhoni: The Untold Story was Disha’s debut film but it was a Telugu film named Loafer in which she portrayed the lover of Varun Tej, who was a part of that movie.

2. Acted Alongside The Legend Jackie Chan

Disha was seen in one of the highest-grossing Chinese film names Kung fu Yoga alongside the Chinese legend Jackie Chan, and that may have boosted her career to an extent.

3. Acted In The Superhit Baaghi 2

Disha stood the major reason for Baaghi 2 to be a superhit alongside the youth sensation Tiger Shroff and the movie grossed about ₹243 crores.

Almost nobody from us will be amazed to know that Disha is a fitness freak looking at her energetic performances and her physique. She finds it refreshing and interesting to spend time at the gym.

In the year 2013 at the mouth of her career, she has adjudged the runner up of Miss India Indore. 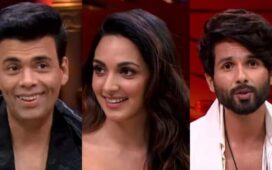