In some recent WhatsApp chats of two Bollywood actresses ‘D’ and ‘K’ who were both a part of WhatsApp group with Jaya Saha, were discussing drugs. It is confirmed that D here is Deepika Padukone and K is Deepika’s manager Karishma Prakash. In the chat, the actress is allegedly asking for ‘maal, hash’.

Meanwhile, Deepika Padukone’s manager Karishma Prakash has been summoned by NCB for questioning. The chat is from October 2017.

K: I can ask Amit if you want

K: Amit has. He’s carrying it

K: What time are you coming to Koko

D: Till what time is Shal there?

‘D’ and ‘K’ in this conversation are Deepika and Karishma, respectively. Koko is the name of a restaurant located in Mumbai’s Kamala Mills area.

Kangana Ranaut is continuously raising her voice after Sushant Singh Rajput’s death. She is bashing many Bollywood celebrities over drug involvement. Now, after the chat of Deepika Padukone goes viral, Kangana Ranaut tweeted,

Repeat after me, depression is a consequence of drug abuse. So called high society rich star children who claim to be classy and have a good upbringing ask their manager ,” MAAL HAI KYA?” #boycottBollywoodDruggies #DeepikaPadukone

Repeat after me, depression is a consequence of drug abuse. So called high society rich star children who claim to be classy and have a good upbringing ask their manager ,” MAAL HAI KYA?” #boycottBollywoodDruggies #DeepikaPadukone https://t.co/o9OZ7dUsfG

Kangana Ranaut has also raised the voice against nepotism, drug peddling, and the MeToo movement. Rhea Chakraborty also took the name of Rakul Preet Singh and Sara Ali Khan. Even Shraddha Kapoor‘s name also came in the drug cartel and NCB are set to be summoned for questioning this week. What do you guys think about this? Let us know in the comments below. 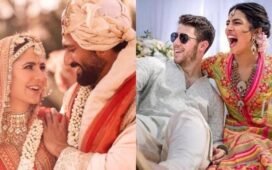