Since the beginning of his film career in 1973, Kader Khan has worked in more than 300 films. His identity is in the form of actor and writer. In his first film ‘Daag’, Kader Khan played the prosecutor’s lawyer. Kader Khan is an Engineering Graduate. He graduated from Ismail Yusuf College of Bombay University. Before making a career in films, Kader Khan was a professor of civil engineering. He worked at the MH Sabu Siddiq College of Engineering.

In his childhood, Kader Khan was very poor. Kader lived in a slum and used to go to the mosque to study but he used to skip the school to go a graveyard instead. As he did not have slippers, his mother used to understand that he did not go to school. After seeing the acting of Kader Khan in his first drama, an elderly person gave him a rupee note. After holding it some years with him, due to poverty, Kader Khan spent the note which he thought was a trophy. His father, Abdul Rehman Khan, belonged to Kandahar and was from Mata Iqbal Begar Pishin (part of India during British times).

After seeing drama work done by Kader Khan in college, Dilip Kumar was so impressed that he signed him for his two films Sagina and Barrag. For the film ‘Roti’, Manmohan Desai had paid a huge amount of Rs 1,20,000 to Kadar Khan for writing the dialogue. He believes that it is necessary to undergo much misery in a life to become a good writer. He never wanted to be a part of the films because films were considered to be of lower quality during his time.

Kader Khan had telecast a comedy show ‘Hansna Vote’ on television. Which he had created himself. In addition to Amitabh Bachchan, Kader Khan was the only artist who worked in competitive camps between Prakash Mehra and Manmohan Desai. Also, to many of Amitabh’s successful films, Kader Khan has written dialogues. Some hits like Himmatwala, Coolie No One, Mai Khiladi Tu Anadi, Khooni Maang, Karma, Sarfarosh, and Dharmaveer.

In 2013, he was awarded the Literary Shiromani Award for his contribution to the films,  Filmfare Best Dialogue in 1982 and 1993. Kader also got the Filmfare Best Supporting Role of 1991 and Best Supporting Role in 2004. He was Nominated 9 times as Best Comedian in the Filmfare. The American Federation of Muslim From India (AFMI) has appreciated Kader Khan for his successes and for his work in the good of the Indian Muslim community. He has three sons. One of his sons lives in Canada and it is said that Kader Khan also has a Canadian citizenship. He has written more than 250 films

He succeeded very quickly as a writer because he used to write dialogue in colloquial language. Kader Khan has written books explaining the ghazals of Ghalib with more than 100 gazals. There was a time when he was more popular than many heroes and viewers used to buy tickets for their face on the poster. Due to writing obscene and bi-directional dialogues, Kader Khan has often been targeted by critics. After being ill, he became frustrated by the fact that people made a distance from them and stopped working.

He is one of the most senior actors in the industry. Along with him, there are a lot of families that have seen Bollywood growing. You may like to read about the famous and powerful families that are ruling Bollywood here. 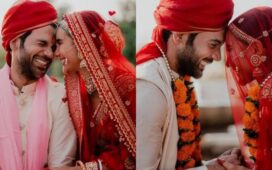