Unlike Most Of The Celebs, He Did Not Hesitate To Admit It It is clear from the trailer that Ranbir Kapoor has done a remarkable work in Sanjay Dutt’s biopic, Sanju.  He completely impersonated Sanjay Dutt. There were rumors about Ranbir dating Alia Bhatt. In an interview with GQ, he accepted his relationship with Alia publically.

Where most of the celebs like to keep their relationship status, Ranbir did not hesitate to announce it publically. In an interview with GQ, he was asked if he was dating Alia Bhatt. The actor took a little time and said, “It’s really new right now, and I don’t want to overspeak. It needs time to breathe and it needs space. As an actor, as a person, Alia is – what’s the right word? – flowing right now. When I see her work, when I see her act, even in life, what she gives is something that I’m aspiring to for myself. It’s new for us, so let it cook a bit.”

He Said It Makes Him Feel Something New

Ranbir further said that he is quite mature at this time and this relationship makes him feel something new. He said, “It always comes with a lot of excitement. It’s a new person, it comes with new beats. Old tricks become new tricks again – you know, being charming and romantic, all of that. I think I’m more balanced today. I value relationships more. Moreover, I can appreciate hurt and what it does to a person much more than I could a couple years back.”

Both Of The Actors Admitted Having Crush On Each Other

Both Ranbir and Alia have accepted having a crush on each other. However, it is the first time their relationship was confirmed publicly. In an interview, Alia was asked if she was dating Ranbir Kapoor but she shook the question off by saying that if something is going on, I do not want to discuss it. Alia and Ranbir will be seen together in the upcoming movie Brahmastra. What do you think about this news? Share in the comments. 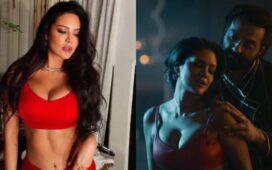