There are many people who come to the city of Mumbai with a dream of making big in Bollywood. Bollywood is an industry full of glitz and glamor. Some of them get fame and success, while many of them get rejections and disappointment. Hard work, patience, dedication, and also little luck is required to make your name big in Bollywood. Priya Dubey who impressed with her voice in the song Meethi Meethi from the movie Suspense; has landed the voice for another new romantic song Kasam Tumko Ye Meri from the movie Sakshi. Recently, Priya Dubey talks about her journey and struggle.

Talking about the duet with Shahid Mallya, Priya told,

“I never expected that I will debut as a playback singer with a popular singer like Shahid. It was such a great experience,”

Priya talked about how she got an opportunity to sing for a Bollywood movie. She said,

“I landed my voice for the song named Kasam Tumko Ye Meri, from the movie Sakshi. The film director Mr. Ajay Ram and music composer Mr. Asif Iqbal believed in my talent gave this opportunity. The song is written by Jamil Ahmed and released by Zee Music. The main star cast of the film Vikram Mastal, Madhumita Biswas, and Gehana Vasisth, all have given brilliant performances in the movie. You will get the proof once the movie gets released in theatre.”

The young vocalist hails from Gwalior, Madhya Pradesh. Priya Dubey recalls how she started her career at a young age. She told,

“I started learning music when I was just five as a follower of my father. My father encouraged me to become a singer. “He was my inspiration,”

“He realized I was grasping music well and I could do better if I learned it from a guru with techniques. So, he requested Dr. Neelima Sharma to train me.”

Calling music as her passion since she was a child, Priya participated in many singing competitions and reality shows at national, state as well as district levels and won a few, too. Priya added,

“I never thought that one day I will come to Mumbai and struggle in this city to get my identity, end of the day this city gave me my musical identity.”

The singer recalled about her struggling days and got emotional. She told,

“Post my father’s demise, my family seeing bleak days financially. Hailing from a middle-class family, I came to Mumbai with some of my pocket money to fulfill my dream. Before coming here, one day I promised my mom that her daughter will become a playback singer soon.”

“Now can say that I am proud that I stayed true to my words and managed everything by myself with the support of few genuine people from the industry and friends in this city of dreams, Mumbai. I express my gratitude to those people, who always supported me in my musical journey so far and helped me to get motivated all the time.”

She is enjoying playback singing as well as live performances like stage shows. From last year, she has even started following her other passion of dubbing and voice over artist. The entire Bollywood industry is suffering due to coronavirus lockdown. The multiplexes are shut since March and it is a huge loss to the entertainment sector. Even artists are struggling as there is not much work. Priya said that the financial struggle is going on for me as well, as we artist depends on our regular recordings or dubbings for livelihood. It is not going well due to the pandemic. Hopefully, in the coming days, everything will be coming into place.

Priya Dubey has performed live and has done multiple international and national level shows. She has done shows with renowned singers like Tochi Raina, Krishna Beura, Dev Negi, Mohammad Irfan, Udit Narayan, and many more Bollywood legends. She has Bollywood projects as well as commercial projects lined up for the coming days. Priya said she is looking forward to work with many more film and music directors, singers along with other talented people in the music industry. Even Priya is working on her singles to reach out to her supporters and fans through digital media platforms. Our best wishes are with you Priya. 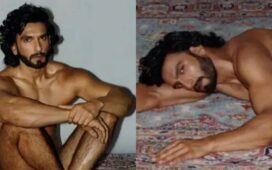