A new romantic song from Bollywood movie Suspense introducing Vikram Mastal and Madhumita Biswas released today and it is a real pleasure to hear. Last week Suspense first song Chadh Gayi got released and that party song was very energetic and applauded by audiences.

The shoot of this song Mithi Mithi took place at Lavasa. This song is very beautiful and the locations captured by director Ajay Yadav made it an amazing treat.

This song has sung by Singer Shahid Mallya, composed by Asif Iqbal and written by Dharamvir Singh and Junaid Ali. The shooting of Suspense got wrapped up on 27th October at Lavasa on Vikram Mastal’s birthday from this song. Trailer of Suspense was launched on 16th November at Raheja Classique Club at Andheri and it was very well appreciated.

You can watch this melodious song here.

If you have not watched the trailer till now, you can watch it here.

How did you find the trailer and the song? Excited for the movie? The movie Suspense has already started creating buzz among the audiences. The Suspense will be revealed in front of the audiences soon. 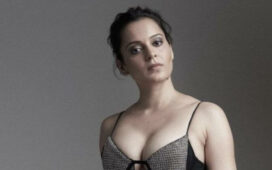