Ranbir Kapoor Looks Like The Spitting Image Of Sanjay Dutt

The film will follow Sanjay Dutt’s life, mainly through three stages, during his drug addict phase, his many love affairs, and during the phase of his life when he went to jail under TADA case. And it will unveil some of the reticent stuff related to the story. His story is just like a roller coaster, once it was on the peak and within no time it hit the rock bottom.

Ranbir Kapoor completely impersonated Sanjay Dutt in the movie. From the physical resemblance to the facial expression, he has nailed it. Moreover, the film also stars Anushka Sharma, Sonam Kapoor, Dia Mirza and Manisha Koirala in key roles. Moreover, Paresh Rawal will play the role of Sunil Dutt.

In an interview with Rajeev Masand, Hirani disclosed that the story-telling procedure was “challenging as it’s not a story of an achiever” as most biopics are based on a heroic personality, yet Dutt is known for his tragedies and losses. He noted that “you can’t really tamper” and that the main scripting challenge was fitting “a very anecdotal story in a structured format”

The film is scheduled to release on 29 June 2018. Are you excited for the movie? Share your thoughts in the comments.

Do you know, Sanjay Dutt was shocked after watching the teaser of Sanju. Moreover, he warned the director Rajkumar Hirani. Check the full news here.

Shocking Salaries For The Trainers Of Bollywood Actresses 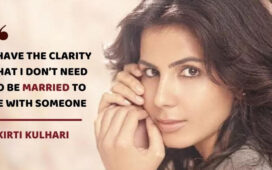