Trailer For Thugs Of Hindostan: Amitabh Bachchan Looks Great As A Thug

Trailer For Thugs Of Hindostan: Amitabh Bachchan Looks Great As A Thug

The trailer for Amitabh Bachchan starrer Thugs of Hindostan has been out and the fans are excited about the periodic drama. It is an upcoming 2018 Indian epic action-adventure film directed by It is based on Philip Meadows Taylor’s 1839 novel. The trailer seems quite promising as it will encompass the plot during the colonization era.

Overview Of The Plot

The British colonizers came to India for trade purposes but after sometimes they set their trade monopoly on the Indian market which is followed by the colonizers ruling over India for centuries. During that time, the colonized rebelled. Amitabh Bachchan is playing the role of Khudabaksh who is the leader of the thugs. He is quite notorious among the British and also possesses a serious threat to them. This leads the colonizers to seek the help of another thug named Firangi Mallah (Aamir Khan). Firangi was assigned the task of capturing Khudabaksh, That followed a lot of drama and action that seems quite thrilling.

Amitabh Bachchan looks perfect as the rebel, he has a serious look on his face, moreover, it seems like a goal has been set in his eyes which makes him a nightmare for the colonizers. On the other hand, Aamir Khan is playing the character of Firangi Mallah who is cunning. It is hard to trust his character and no doubt he will keep the viewers guessing about the twist and turns. Apart from them, Fatima Sana Shaikh is playing the role of a thug who is badass and always ready to tackle. All in all, Katrina Kaif is also playing a key role in the movie.

The periodic drama looks like the perfect treat for the action-adventure lovers. The quirky theme makes us excited for it. You can check the full trailer here.

The film will be released on 8 November 2018, are you excited for the movie? Share your thoughts in the comments. 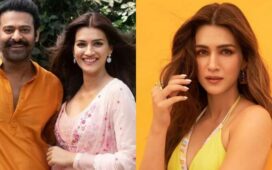 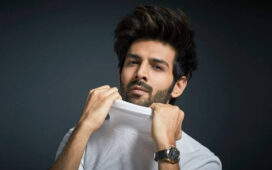