Television is one of the main sources of entertainment. There are many talented actors and actress in the Television industry. Some became instantly famous, while some got famous at a very young age. There are many actresses in a Television industry whose age is less than 20 years. Most of these young TV actresses finish the shooting of an episode in two to three days. Today, we will check out the earnings per episode of these small young TV actresses.

Anushka Sen is just 16 years old and she is playing the lead role in TV Serial Jhansi Ki Rani. She is earning around 48 thousand per episode for this show.

Aditi  Bhatia 19 year old, played the role of the daughter of the main lead Divyanka Tripathi and Karan Patel starrer Yeh Hai Mohabbatein in Star Plus. She earns around 50 thousand per episode.

Reem Sheikh is 16-year old and even at this small age, she is quite popular. She is playing the lead role in Tujhse Hai Raabta. Reem charges around 30 thousand per episode. She has also shot the biopic of Pakistan activist Malala Yousafzai.

Avneet Kaur is just 17 years old. She started her career with Dance India Dance Little Master as a contestant. She has portrayed the role of Princess Charumati in Chandra Nandini in 2017. Currently, she is playing the female lead in Sab TV’s Aladdin- Naam To Suna Hoga as Princess Yasmine. According to the reports, she charges 30 thousand per episode. 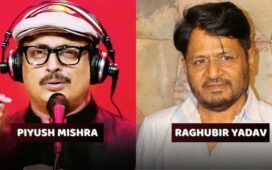